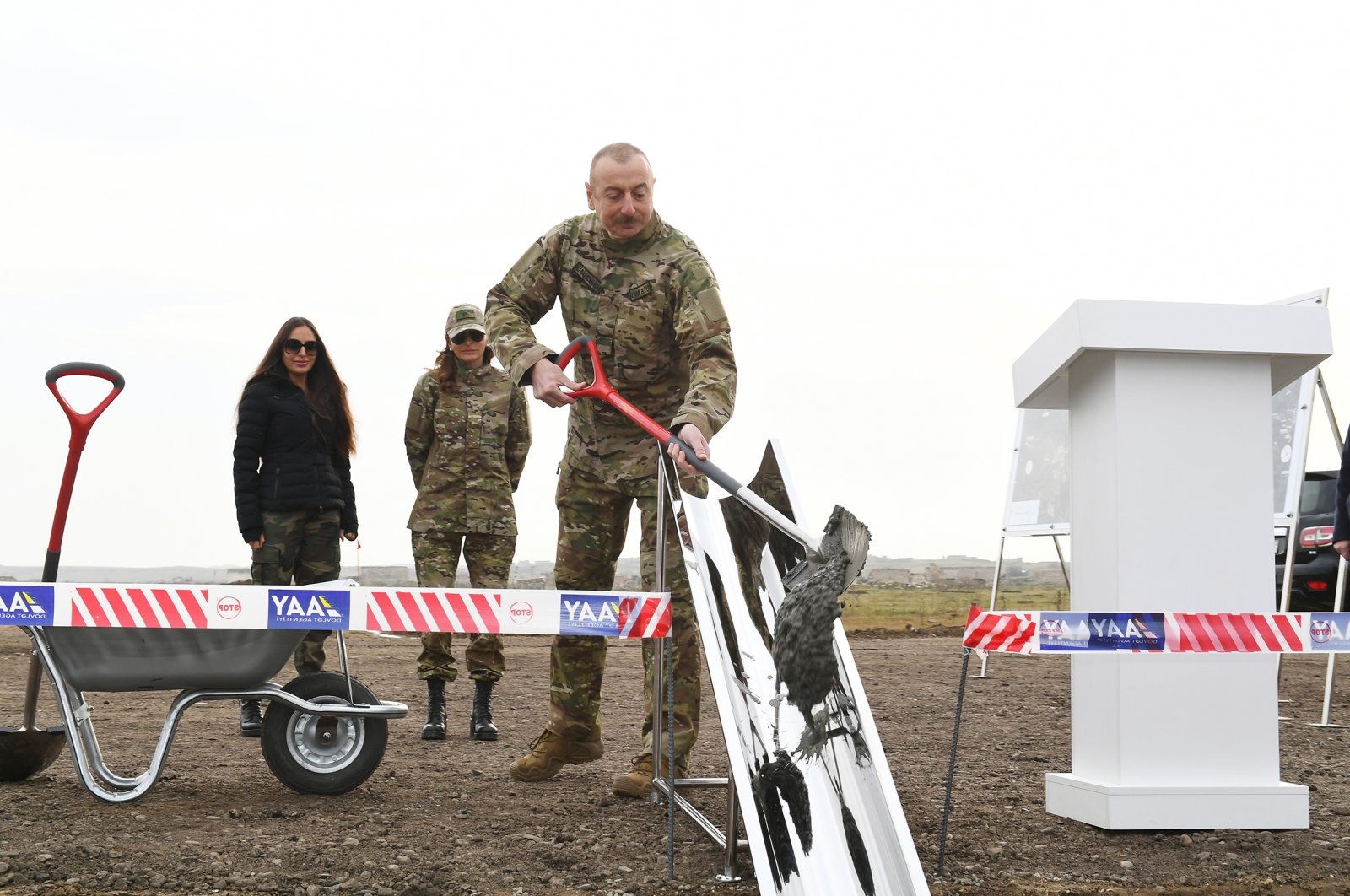 Azerbaijan to prioritize Turkish firms in reconstruction of liberated Nagorno-Karabakh

An Azerbaijani official said Monday that the country will simplify procedures for planned investment in its recently liberated territories, adding that Turkish companies will be prioritized in tenders in a bid to improve the quality of construction projects.

Baku immediately launched a reconstruction campaign across Nagorno-Karabakh and the surrounding seven provinces once liberated from Armenia in late 2020. The government plans to revive the area, which has been dilapidated since the Armenian invasion in the early 1990s, allowing for the return of the Azerbaijanis who once called the region home. An extensive rebuilding and development initiative is now underway under the directive of President Ilham Aliyev.

The government plans to help facilitate the reconstruction process for foreign investors. With the legislative amendments, the bureaucratic barriers in tenders will be removed and the base price list of construction material ordered by companies will be updated.

Speaking to Anadolu Agency (AA), Feyruz Mustafayev, the Azerbaijani Cabinet’s head of Construction, Urban Planning and Utilities, described Turkey as an exemplary model in the field of construction, highlighting the strides it has made over the last 20 years. “That’s why we preferred the Turkish model from several other alternatives. In construction tenders held in Turkey, the base price is being given by the ordering institution. The same system will be applied here,” he said.

Since the day they broke ground in Libya in 1972, Turkish contractors have undertaken over 10,000 projects, worth over $400 billion (TL 3 trillion), in some 127 countries to date. The nation is second only to China in the number of companies in the Top 250 Global Contractors List for 2020, prepared by the Engineering News-Record (ENR), an international construction industry magazine.

Some 44 Turkish contractor firms made the list, which ranks companies based on revenues from projects outside of their home countries. Turkey has maintained its performance and ranked second since 2017.

Mustafayev noted that they will continue to work with Turkey’s Environment and Urban Planning Ministry on the new system.

“The base price arrangement was different for foreign companies in the old system. It was prolonging the process and creating difficulties for investors. There was also more bureaucratic works. But now, it will be easier as any foreign company can arrange tender specifications,” he said.

Mustafayev added that Turkish and Azerbaijani businesspeople will carry out many joint projects to revive the area devastated by the Armenian occupation.

“Turkish and Azeri companies are jointly working on the construction of a new road from Fuzuli to Shusha. This is just the first step. Turkish companies have undertaken projects worth $16 billion in Azerbaijan so far. Not just in Karabakh, but throughout all Azerbaijan, Turkish companies will able to give advantaged offers. It will increase competition and quality in projects, thus creating a win-win situation,” he said.

During the 44-day conflict, Azerbaijan liberated several cities and nearly 300 settlements and villages from the Armenian occupation.