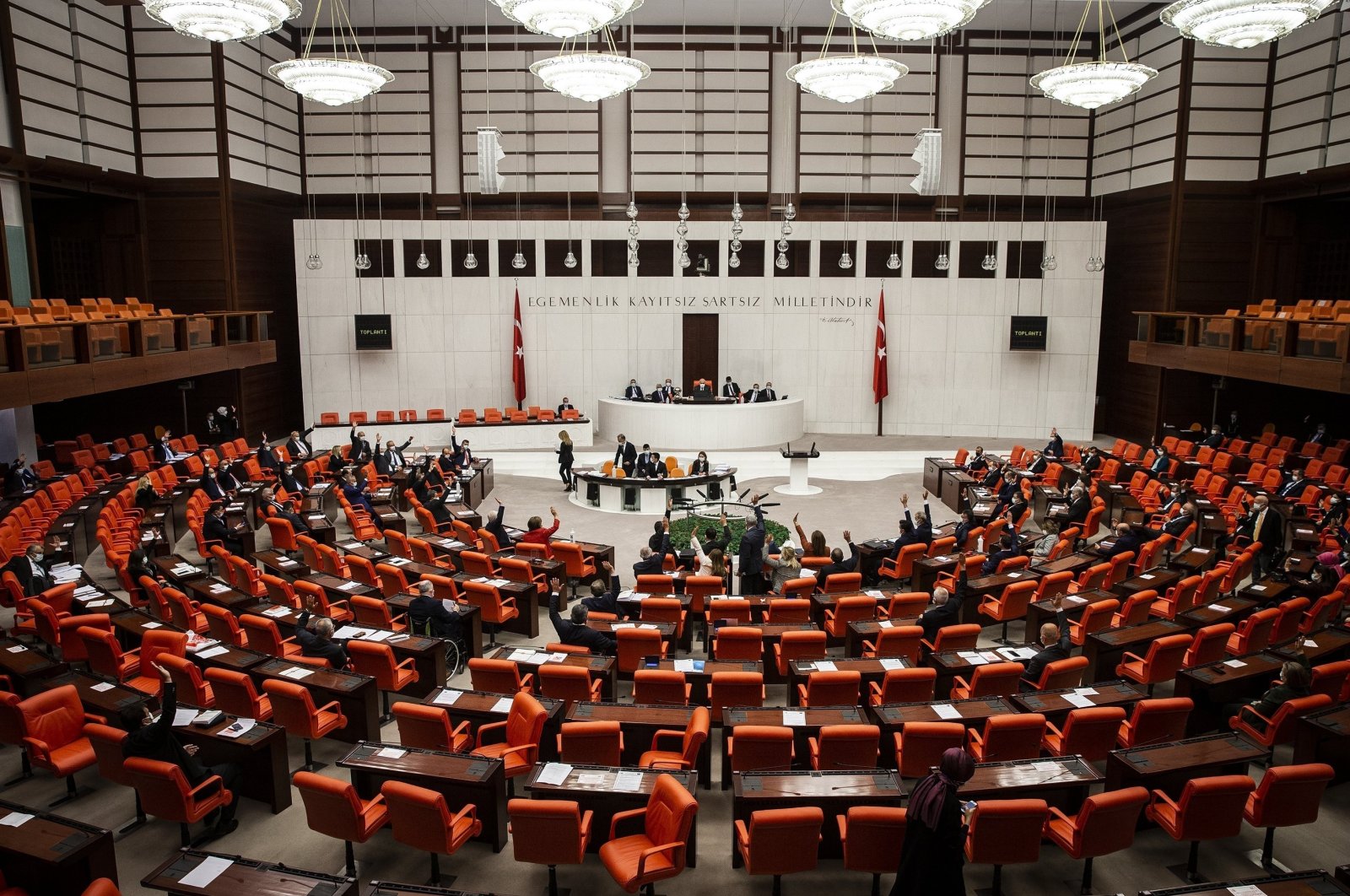 ‘Azerbaijan troop mandate must be beyond political polemics’

After the Republican People’s Party (CHP) and Peoples’ Democratic Party (HDP) rejected a troop mandate to fight terrorism, an official of the ruling party stresses not to involve the Azerbaijan mandate into political quarrels

The Azerbaijan troop mandate that is expected to be submitted to Parliament must be held out of political polemics, Justice and Development Party (AK Party) Group Deputy Chairman Bülent Turan said on Sunday.

“Some issues must be beyond political polemics. The Azerbaijan troop mandate is one of these issues,” Turan told Anadolu Agency (AA), speaking on the mandate on the extension of Turkish troops’ duty in Azerbaijan.

“The Azerbaijan mandate had been accepted by all parties in the Parliament except for the Peoples’ Democratic Party (HDP). I hope the Republican People’s Party (CHP) does not repeat the mistake in the recent mandate and we have the chance to underline with our state, our security forces, our armies that we are on the side of our Azerbaijani brothers with all our parties’ support,” he said.

He said that this support is vital to give a message of unity.

The mandate on sending troops to Azerbaijan had been accepted on Nov. 17, 2020.

The Assembly granted permission for a period of one year to send the Turkish Armed Forces (TSK) to foreign countries to fulfill the commitments arising from the provisions of the Strategic Partnership and Mutual Assistance Agreement between Turkey and Azerbaijan, to establish a ceasefire, to prevent violations, to ensure peace and stability in the region, and to carry out the duties of the Joint Center.

In this context, it is expected that the term of duty of Turkish soldiers in Azerbaijan will be extended for one more year as of Nov. 17, 2021.

Turan’s words come after the CHP voted against a motion to extend troop deployment for anti-terrorism operations last month.

The AK Party, the Nationalist Movement Party (MHP) and the opposition Good Party (IP) backed the Iraq and Syria motion. The CHP and HDP, however, voted against the motion.

The motion allows the Turkish military to carry out cross-border operations in northern Iraq and Syria for two more years, from Oct. 30, 2021, until Oct. 30, 2023. It stated that the risks and threats posed by ongoing conflicts near Turkey’s southern land borders “continue to rise.”

This move by the CHP and HDP has drawn significant criticism from both people and officials while questions now remain whether the Azerbaijan mandate will be accepted by these parties or not. Turkey threw its support behind Azerbaijan, whose Nagorno-Karabakh region had remained under illegal Armenian occupation for nearly three decades before finally being liberated last November.

During a 44-day conflict last year, which ended in a truce on Nov. 10, 2020, Azerbaijan liberated several cities and nearly 300 settlements and villages in Nagorno-Karabakh from Armenia’s illegal occupation.

On Nov. 10, the two countries signed a Russia-brokered deal to end fighting and work toward a comprehensive solution.

Turkey on Friday reiterated its commitment to supporting Azerbaijan further.

The main objectives for Turkey and Azerbaijan are the continuity of a cease-fire and bringing stability to the region, Turkish defense chief Hulusi Akar said at a reception at the Azerbaijan Embassy in Ankara for Victory Day.

“In this regard, we have a broad vision. We all know that very important steps can be taken for the security and welfare of the entire Caucasus by even holding six-party talks if necessary,” he said.

“We will continue to stand by our Azerbaijani brothers in their just cause, as we have done so far,” he said.

This article originally appeared in DAILY SABAH on 07 Nov 2021.