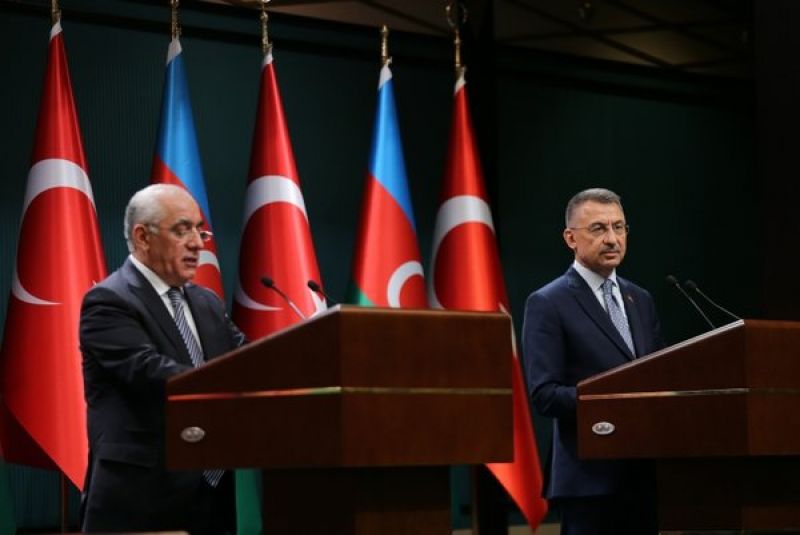 Azerbaijan, Turkey Intend to Bring Annual Trade Turnover to $ 15 B

An action plan aimed at deepening bilateral partnership was signed yesterday in Ankara following the results of the 9th meeting of the Azerbaijani-Turkish Intergovernmental Commission on Economic Cooperation, according to Azerbaijan in Focus, reporting Turan News.

The minutes following the meeting and the Action Plan are “important milestones on the way to bringing the joint trade turnover to $ 15 billion,” said Vice President of Turkey Fuat Oktay.

According to him, the Action Plan contains 138 points aimed at developing bilateral relations.
The priority for the parties, Oktay stressed, is the issue of restoring the territories of Azerbaijan, liberated from the Armenian occupation.

In turn, Azerbaijani Prime Minister Ali Asadov said that official Baku will continue to support the position of brotherly Turkey on all processes in the region.

Minister of Economy of Azerbaijan Mikail Jabbarov expressed confidence that the signing of the Protocol and Action Plan will contribute to deepening economic partnership and the implementation of new joint projects.
Note that in 2019 the trade turnover between the two countries amounted to $ 4.4 billion.