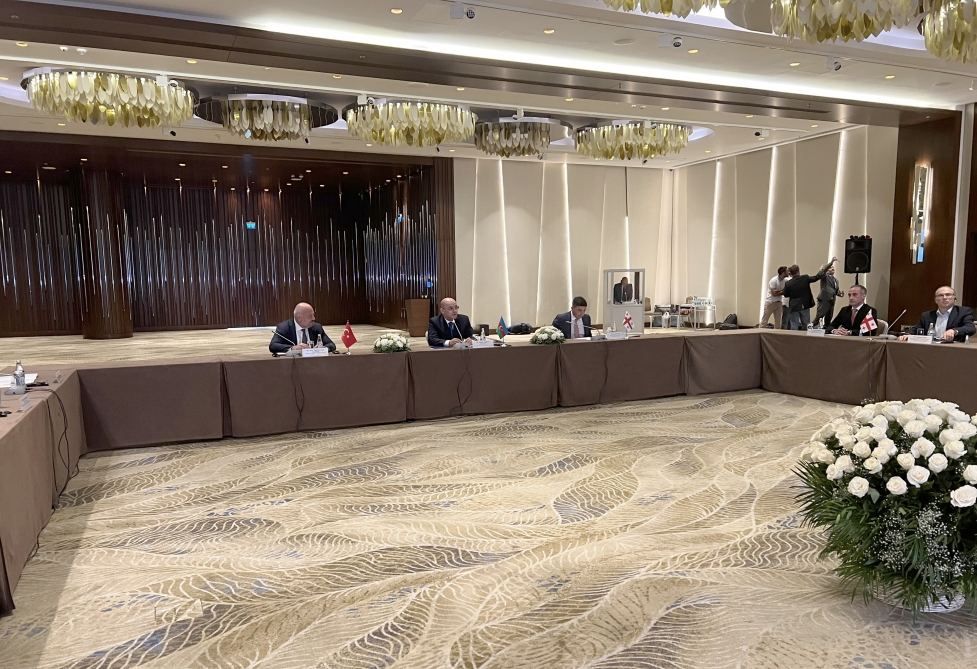 Azerbaijan, Türkiye, Georgia ink accord on simplification of customs procedures

Azerbaijan, Türkiye, and Georgia have signed an agreement on the exchange of primary information to simplify transit customs procedures within the framework of the Baku-Tbilisi-Kars railway project, according to Azerbaijan in Focus, reporting Azernews.

The agreement was signed by Azerbaijani First Deputy Chairman of the State Customs Committee Lt-Gen Shahin Bagirov, Deputy Trade Minister of Türkiye Riza Tuna Turagay, and Director-General of the Revenue Service of Georgia Levan Kakava during a meeting of a trilateral committee on customs issues on August 18.

It will create important opportunities in terms of timely and efficient transportation of goods by the Baku-Tbilisi-Kars railway connecting the trans-European and trans-Asian railway corridors. Thus, with the organization of electronic exchange of primary information about goods, customs procedures will be simplified, and border crossing processes will be accelerated. At the same time, due to mutually agreed modern methods of customs control, time will be saved, which will create conditions for the comfortable movement of goods. The agreement, which is also important in terms of increasing the attractiveness of transport corridors, will have a positive impact on increasing logistics opportunities for economic operators, and seaports and will play an important role in further expanding the transit potential of our country and the region.

During the meeting, the parties discussed cooperation in the customs area and issues of mutual interest in a bilateral format. The importance of cooperation in customs matters for easy and rapid implementation of regional and international trade was stressed. The parties also noted that the agreement would make an important contribution to the more effective establishment of activities on this issue.