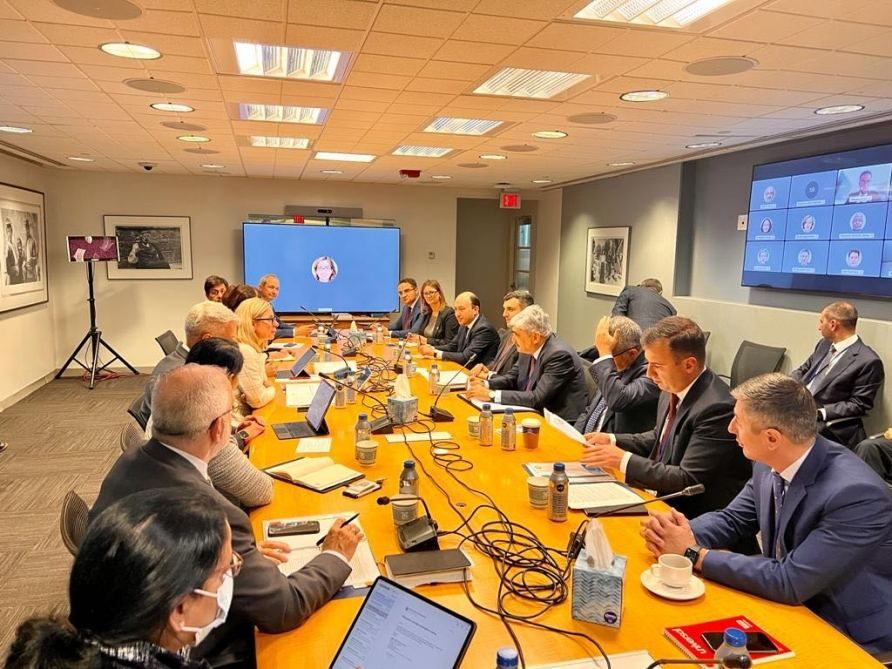 Azerbaijan and the World Bank have discussed the latter’s participation in the reconstruction of Karabakh and Eastern Zangazur, according to Azerbaijan in Focus, reporting Azernews.

During the meeting, the parties discussed existing cooperation between Azerbaijan and the WB, and the prospects of further strengthening the partnership.

The sides also exchanged views on the issues discussed at the meeting with President Ilham Aliyev, during Anne Bjerde’s visit to Baku in September 2022.

During his visit to Washington, Samir Sharifov also met with representatives of investment banks and financial investment companies that are investors in Azerbaijani bonds circulation in international financial markets.

Azerbaijan joined the WB in 1992. Since then, the bank has financed over 50 projects with total commitments of $4.4 billion. It started economic cooperation in Azerbaijan to help increase the country’s institutional capacity and build efficient oil reserves management. The WB has always supported the large-scale reforms carried out in Azerbaijan.