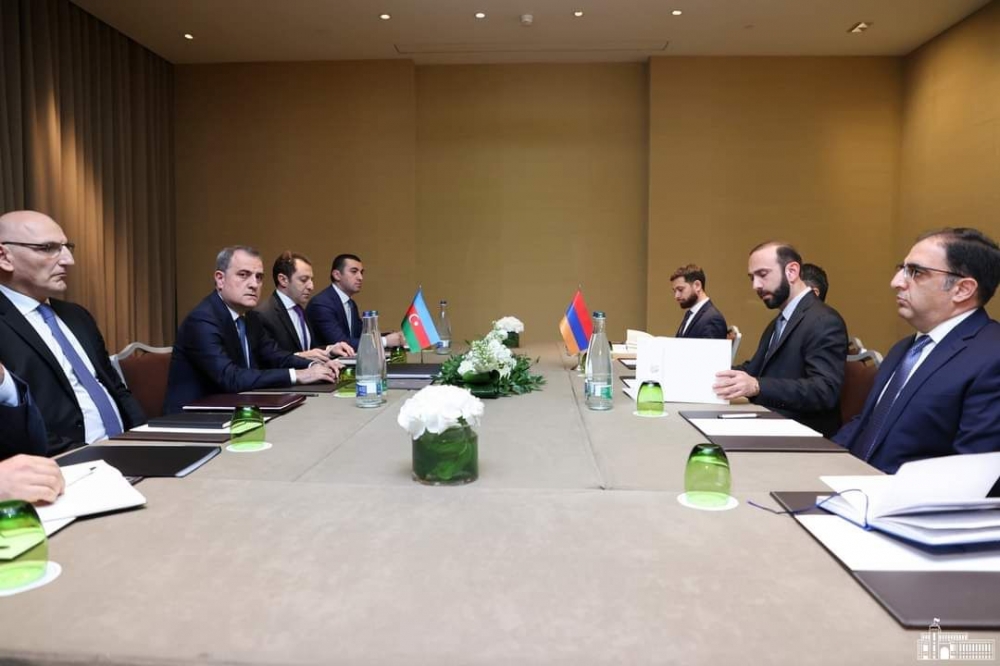 The meeting was organized in accordance with the task given to the Ministers of Foreign Affairs on drafting the text of the peace treaty as a result of the Brussels meeting of 31 August 2022, between the President of the Republic of Azerbaijan Ilham Aliyev and the Prime Minister of the Republic of Armenia Nikol Pashinyan with the participation of the President of the Council of the European Union Charles Michel.

The importance of focusing efforts on the normalization of interstate relations between Azerbaijan and Armenia and the signing of the peace treaty in the post-conflict period was emphasized by Minister Bayramov. In this regard, Minister brought to Armenia’s attention the elements of the peace treaty based on the five principles proposed by Azerbaijan.

During the meeting, the Azerbaijani side, taking into account the recent tension on the undelimited border, proposed holding the next meeting of the bilateral commissions on delimitation in October of this year, instead of November as previously agreed.

The importance of full withdrawal of the Armenian armed units from the territories of Azerbaijan, the opening of transport and communication lines within the short period based on the preliminary agreements reached in the trilateral commission under the leadership of the deputy prime ministers, the need to make progress in the field of delimitation, in accordance with the trilateral statements signed by the leaders of Azerbaijan, Armenia and Russian Federation, as well as the agreements reached between the leaders, was emphasized by Minister Bayramov.

The Azerbaijani FM, touching upon the humanitarian issues, drew attention, inter alia, to the importance of clarifying the fate of nearly 4,000 missing Azerbaijanis, noted the inadmissibility of the Armenian side continuing to place landmines on the territory of Azerbaijan that causes numerous tragic losses while being a war crime and gross violation of Armenia’s obligations under the trilateral statement.

Minister Bayramov once again stressed Azerbaijan’s commitment to ensuring peace and stability in the region, and readiness to sign a peace treaty. It was agreed to continue discussions in this regard.