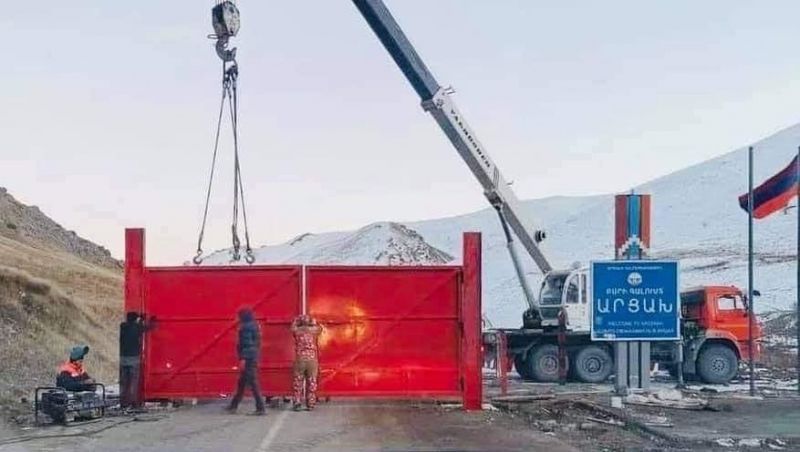 The Azerbaijani army is restoring its sovereignty over the Soyudlu gold deposit, located in the Kelbajar region, recently liberated from Armenian occupation after 27 years, according to ‘Azerbaijan in Focus’, reporting Turan News. The Armenians have been illegally mining gold there since 2006.

Armenian side had installed a gate on the road, 5km from the field. This was breached on November 25 by the Azerbaijani military, which entered the field and demanded that the Armenians should retreat.

According to Sputnik Armenia, around 250 Azerbaijani servicemen, including high-ranking military, entered the territory of the mine, where there were seven Armenian conscripts, and forced them to retreat.

Taguhi Tovmasyan, Deputy of the Armenian Parliament, spoke with the Commander of the Armenian army stationed in Gegharkunik region, on the border with Kelbajar. The Commander reported that the enemy wanted to move the gate closer to Armenian territory. Ms Tovmasyan was intransigent: “I just do not understand that. I call on the army to stand next to the residents of Gegharkunik and protect their safety”.

Following this, a spokesperson for the Armenian Defence Ministry issued a misleading statement, denying that Azerbaijani military has seized the mine.

Later, Gevorg Altunyan, Head of the Information and Public Relations Department of the Armenian Defence Ministry acknowledged that the borders of Armenia and Azerbaijan were being demarcated with the participation of the Armenian, Azerbaijani and Russian military. He explained: “The positions of the armed forces of Armenia and Azerbaijan will be located on these borders. In order to avoid further misunderstandings or provocations, the process is being undertaken with the participation of the Russian side, using special GPS devices.”