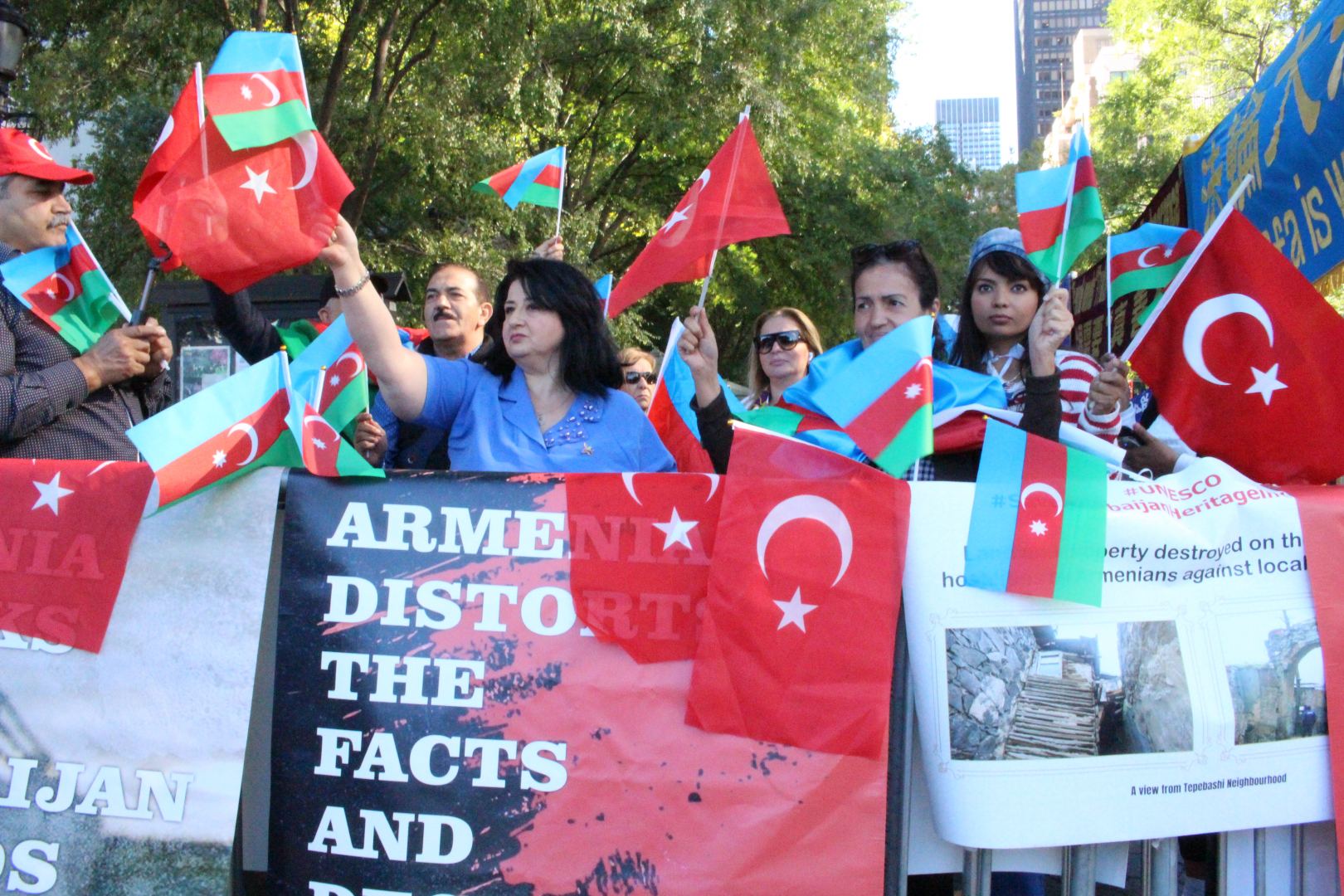 The Azerbaijani community in New York held a picket in front of the UN headquarters, said the State Committee for Work with the Diaspora of Azerbaijan, according to Azerbaijan in Focus, reporting Trend News.

The rally participants protested against the recent large-scale provocations committed by the Armenian armed forces units on the border with Azerbaijan and took a stand against the official Irevan’s aggressive policy.

The youth demanded the UN to take tough measures against Armenia, which infringes upon international law. The protesters also informed local and foreign diplomats, as well as the community, about the aggressive policy pursued by Armenia on the historical lands of Azerbaijan.

The New York police were providing safety for participants during the two-hour action.

The picket, which coincided with the 77th session of the UN General Assembly, was also attended by the Turkish community members.

The action was organized by the US-Azerbaijan Women’s Association and the New York-Azerbaijan Cultural Center, which are member organizations of the Coordination Council of American Azerbaijanis.