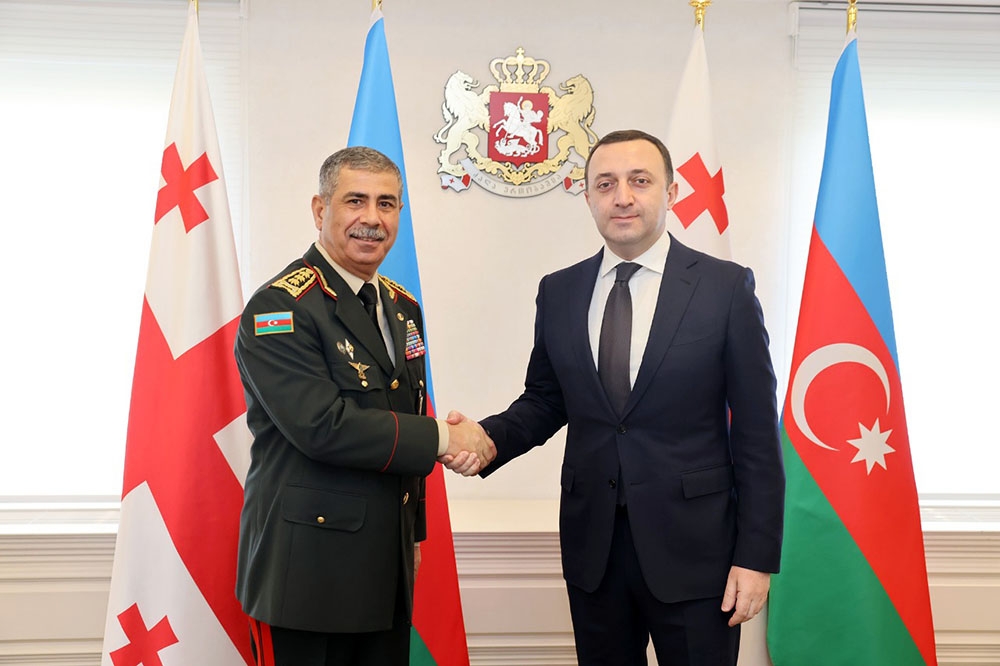 First, Colonel General Zakir Hasanov together with the delegation visited Heroes Square in the center of Tbilisi and laid a wreath at the monument to those, who sacrificed their lives for the territorial integrity of Georgia.

Then the minister of defense met with the Prime Minister of Georgia.

At the meeting, it was noted that the relations between Azerbaijan and Georgia are built on friendship and mutual trust. It was emphasized that the working visit of the President of the Republic of Azerbaijan Ilham Aliyev to Georgia in October of this year was of special importance, and in general, regular meetings of the heads of state gave impetus to further strengthening relations between the two countries.

Regarding the military and political situation in the region, the parties emphasized the importance of mutual support for the territorial integrity of the countries and of the development of bilateral military cooperation that will contribute to ensuring stability and security in the region.