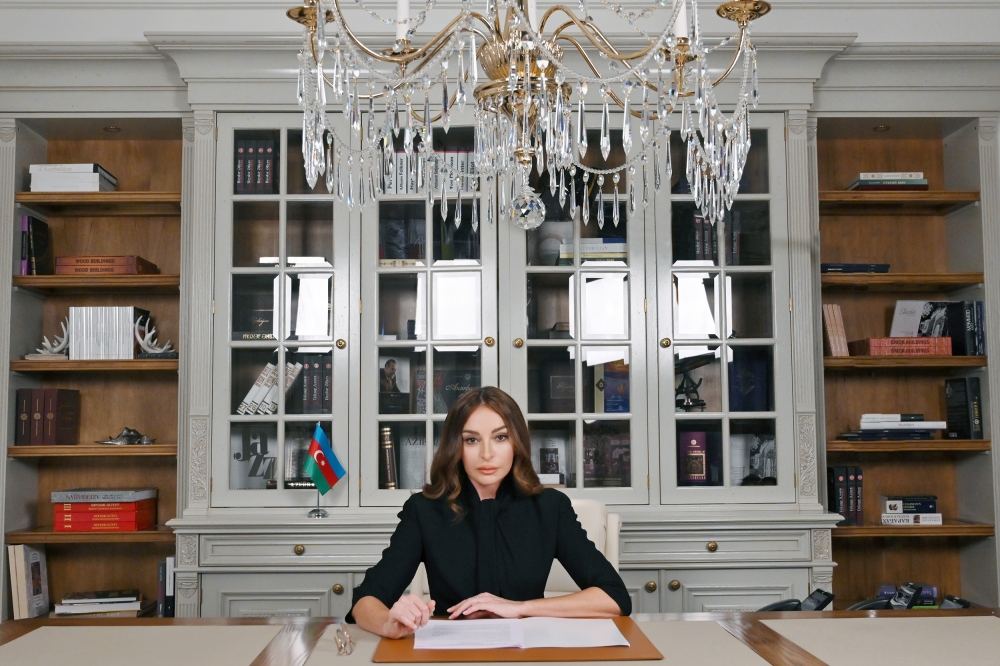 According to Azerbaijan in Focus, reporting Trend News, an event has been held in a video format on the occasion of the International Day of Women and Girls in Science as part of the “Year of Women” declared by ICESCO.

First Vice-President of the Republic of Azerbaijan, Mehriban Aliyeva, made a speech at the video meeting.

First of all, I would like to thank the Director-General for his kind invitation to participate as a Guest of Honour in such an important event.

It is a big honour for me, and I consider this invitation as a sign of appreciation for our policy to develop women’s education and science.

I commend the Islamic World Educational, Scientific and Cultural Organisation for its noble mission to protect the Islamic cultural heritage and to promote education and science in the Muslim world, and note with appreciation the fruitful cooperation of Azerbaijan with ICESCO.

I praise the Director-General for the attention given to the topic under discussion in line with the United Nations General Assembly resolution that declared 11 February as the International Day of Women and Girls in science.

Science, technology, and innovation all become necessary to address global challenges. Science and gender equality are vital for the achievement of international development goals, including the UN 2030 Agenda for Sustainable Development.

I would like to congratulate ICESCO on its initiative to proclaim 2021 as the Year of Women. This is not only the manifestation of the importance attached by the Organisation to the role of women in our societies. This is also the recognition of their unique contribution to a better and safer world. We must pay tribute to all those women who today are at the front line of confronting the COVID-19 pandemic, as doctors, medical scientists, and health care workers. We can be proud of the critical role played by women researchers in different stages of the fight against COVID-19, from developing techniques for testing to creating vaccines against the virus.

I am very proud to come from the country well-known to the world not only for the drilling of the world’s first industrial oil well, opening the first opera in the Orient, or, more importantly, establishing the first democratic republic in the Muslim world more than one century ago. Azerbaijan has also entered history as one of the first nations in the world to provide women with the right to vote and to be elected back in 1918. As to girls education, the first secular school for girls in the Muslim East was opened by Azerbaijani philanthropist Zeynalabdin Taghiyev in my native town of Baku back in 1901.

Today, the literacy rate in Azerbaijan is close to 100 percent. 54 percent of students in the master course, 51 percent of PhDs at higher educational institutions, 46 percent of Doctor of science degree holders, and 56 percent of researchers in our country are women. Women represent 59 percent of the overall staff of the Azerbaijani National Academy of Science.

At the same time, in our rapidly changing world, it is important that the education of girls and their participation in science should be adequate to new challenges. Globally, girls make up only 35 percent of all students who study in Science, Technology, Engineering and Mathematics subjects. In our country, this number is 40%, higher than the world’s average.

As I mentioned before, many Azerbaijani women have made great contributions to science and have been the source of true inspiration for girls and young females to be engaged in science. But what is important today is to create more favourable conditions for our girls and young women to continue to improve their levels of involvement and to keep filling the gender gap in science. As one example, I can mention a pilot project we recently started with UNDP called “Women in STEM” mentorship program that links young female professionals and students with STEM role models so that they receive the advice they need to address the challenges faced in their education and careers.

We all agree that science, technology, and innovation are important drivers of the socio-economic development of societies around the world. In my capacity as ICESCO goodwill Ambassador, I would call on all member states to invest more in these sectors, develop necessary policies and joint action plans. We need to design innovative financing mechanisms to equip women and girls with the necessary skills for tomorrow’s labor market. Azerbaijan is ready to provide its contribution in this regard.

On a separate note, I would like to take this opportunity to express my deep gratitude to the ICESCO, personally to Director-General Dr. Salim AlMalik for the valuable support during last year’s 44-day Patriotic War as a result of which Azerbaijan liberated its occupied territories after almost 30 years of occupation by Armenia and thus restored historical justice. One month ago, at the invitation of the President of Azerbaijan, a delegation of ICESCO led by the Director-General, visited Azerbaijan. Our guests had a chance to visit some of our liberated lands and witness with their own eyes the scope of destruction and vandalism, including tens of desecrated mosques and hundreds of destroyed historical monuments. Now the government faces a huge task: to bring life back to liberated territories and to ensure the return of Azerbaijani internally displaced persons to their native lands. And we will do it. We will restore destroyed cities and villages. We will build schools therein. We will restore the cultural heritage, and not only of Islamic origin but of all religions as a whole. We highly appreciate ICESCO’s readiness to work with the Government of Azerbaijan to assess the damage to Azerbaijan’s cultural heritage sites destroyed during occupation. Also, please accept our special gratitude for considering the opening of ICESCO regional office in Azerbaijan, which among other fields could strengthen our cooperation in the field of science with a specific focus to increase the role of women and girls in science.

To conclude, I wish ICESCO every success in its noble and important work. I wish all the participants and your families good health, happiness, and the best of luck. Thank you.