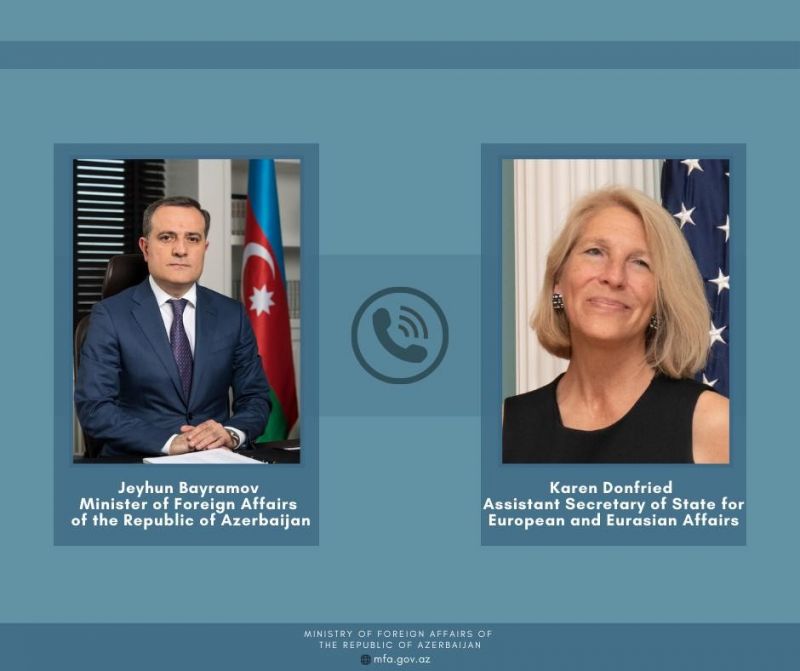 The sides exchanged views on the regional security situation.

Jeyhun Bayramov spoke about the latest situation in the region, including the steps taken by Azerbaijan to implement the trilateral statements. The minister informed the other side of Armenia’s continued provocations on the border between the two countries and that a serviceman of the Azerbaijani army was killed in the direction of Kalbajar, stressing that the responsibility for this provocation lies directly with the Armenian military-political leadership.

During the telephone conversation, the parties also discussed other issues of mutual interest.