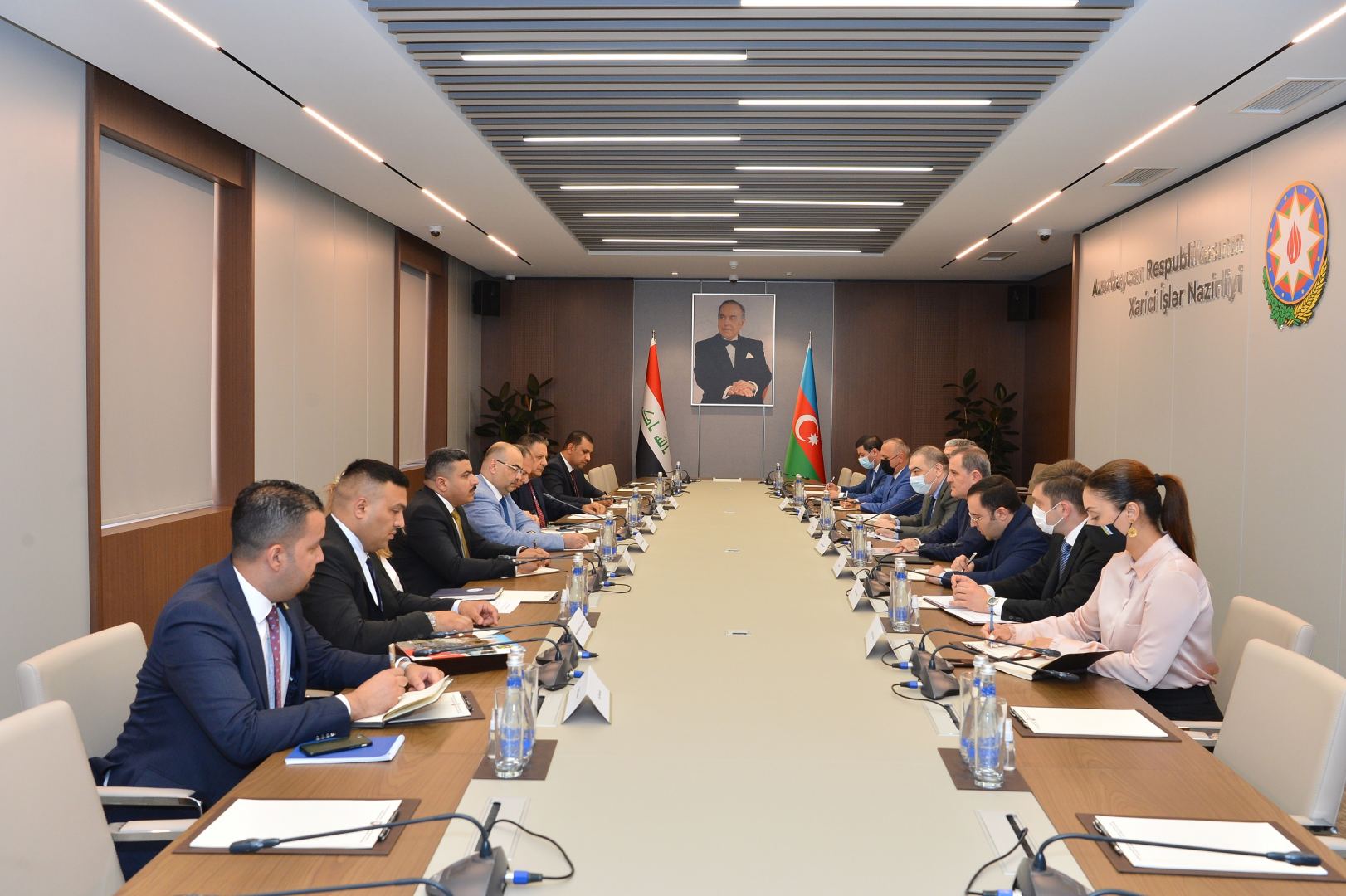 While welcoming the guest, Bayramov emphasized the successful development of relations between Azerbaijan and Iraq, based on the principles of historical friendship and mutual respect, expressed gratification with the high level of bilateral cooperation in various fields.

Stressing the activity of the Joint Commission on Trade, Economic, Scientific, Technical and Cultural Cooperation between Azerbaijan and Iraq, Bayramov expressed hope that the agreements reached during the second meeting of the Commission and a number of meetings held during the visit will open up new opportunities for the development of effective cooperation and relations between the two countries.

Bayramov highly appreciated the fruitful meetings with his Iraqi counterpart Fuad Hussein at the Antalya Diplomacy Forum, which he attended on June 18, 2021 and stressed the discussions held during the meeting on the development of relations between the two countries in many spheres.

Bayramov expressed gratitude for the constant support of Iraq within the international organizations of the sovereignty, territorial integrity and inviolability of the borders of Azerbaijan in the context of the former Armenia-Azerbaijan Karabakh conflict.
Azerbaijani foreign minister also informed the opposite side about Armenia’s aggressive policy towards Azerbaijan, the 44-day second Karabakh War, the situation in the region after the signing of the trilateral statement dated November 10, 2020, the scale of destruction in the liberated territories, the destruction of religious and cultural monuments, as well as reconstruction and restoration processes in the liberated territories, the threat of anti-personnel mines and the importance of the return of refugees to their native lands.

Arkan Al-Shaibani, who is on a visit to Azerbaijan to participate in the second meeting of the Joint Commission, expressed gratification with his visit to Azerbaijan and gratitude for the sincere hospitality and high level of organizing the meetings.

Emphasizing the historical friendship and cultural ties that unite Iraq and Azerbaijan, the Iraqi minister noted the agreements reached during the meetings and agreements that will be signed in this regard.

Arkan Al-Shaibani praised Azerbaijan’s successful activity as chairman of the Non-Aligned Movement and the initiative to convene a special session dedicated to the fight against COVID-19.

The Iraqi minister also expressed hope that the relations between the two countries will further expand on multilateral platforms and continue on the basis of the norms and principles of international law.

Touching upon the former Armenia-Azerbaijan Karabakh conflict, Al-Shaibani said that Iraq has always supported the norms and principles of international law and the UN resolutions.