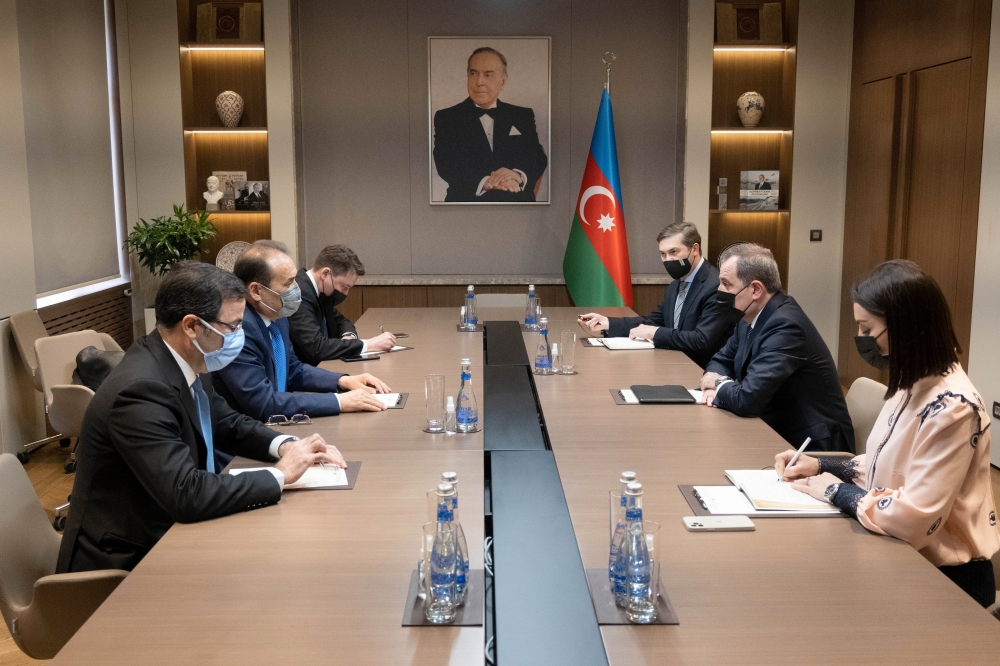 FM Bayramov noted the success of the informal summit held on March 31 of this year in the format of a video conference. He emphasised that the high-level meeting of the Turkic Council was held, as always, within the framework of friendship, mutual understanding and support.

Baghdad Amreyev said that the summit, which was planned to be held in the city of Turkistan, Kazakhstan, due to the pandemic, was held in the format of a video conference and once again demonstrated the high level of solidarity between the Turkic-speaking countries.

Referring to the 3rd meeting of the Turkic Council of Ministers and senior officials responsible for information and media in Baku, the Secretary General stressed the importance of expanding cooperation between member countries in this field.

The sides also exchanged views on the activities planned to be implemented in various fields within the framework of the Turkic Council, preparations for the upcoming Istanbul Summit and other issues of mutual interest.