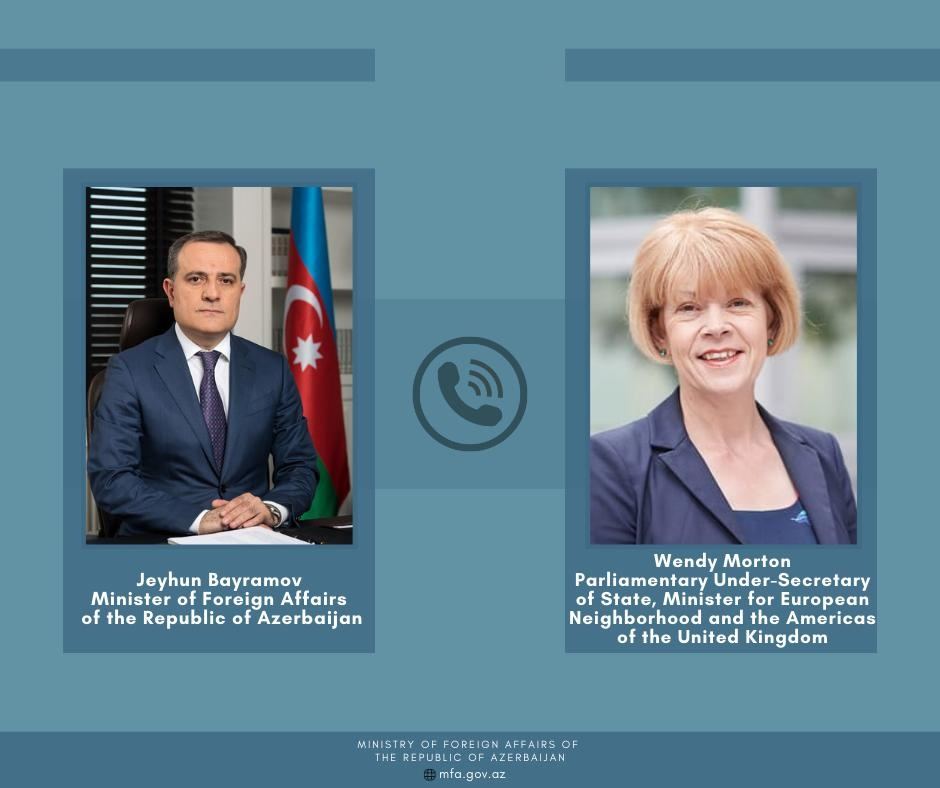 The sides exchanged views on issues related to the implementation of the trilateral statement.

Morton expressed satisfaction with the transfer of 15 Armenians detained by Azerbaijan on June 12 in exchange for the maps of minefields in the Aghdam district given by Armenia. The UK’s minister positively assessed this step in terms of reducing tension between the sides and building confidence.

Moreover, Morton expressed regret and condolences in connection with the death of Azerbaijani journalists and a civilian as a result of mine explosion.

Bayramov expressed gratitude to the UK for supporting the demining process in the liberated districts of Azerbaijan through the United Nations Development Program and for cooperation with the National Agency for Mine Clearance of Territories of Azerbaijan.
The sides also discussed issues of cooperation in the field of renewable energy sources and stressed with satisfaction the signing of a memorandum of understanding between the Azerbaijani Ministry of Energy and BP.

Other issues of mutual interest were also discussed during the telephone conversation.