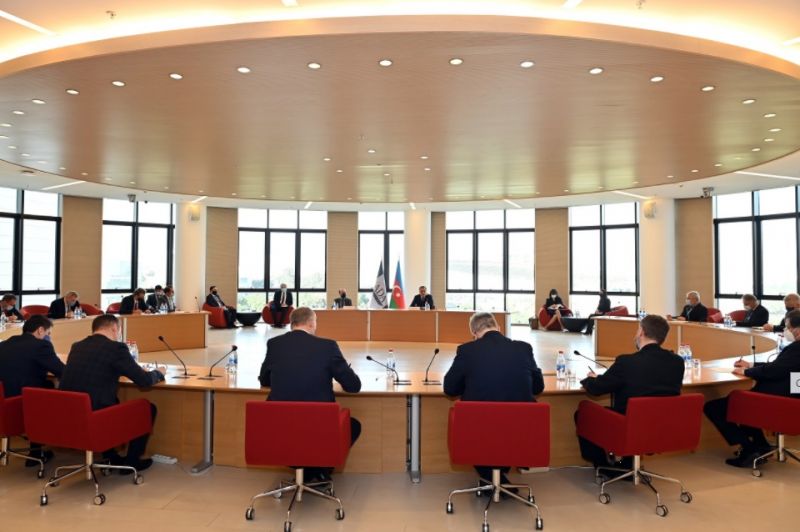 According to Azerbaijan in Focus, reporting Turan News, Minister of Foreign Affairs Jeyhun Bayramov met with the heads of the diplomatic missions of the European Union (EU) member states in Azerbaijan.

According to the press service of the Foreign Ministry, Bayramov informed the diplomats about the current situation in the region, and in particular about the implementation of the trilateral statements signed by the leaders of Azerbaijan, Armenia and Russia on November 10, 2020 and January 11, 2021.

During the meeting, they discussed a new security format in the region, as well as new opportunities for cooperation.

At the same time, Bayramov stressed that after the signing of the trilateral statement on November 10, a group of terrorist saboteurs was sent from Armenia to the liberated territories, which is a violation of the agreement. He pointed out the inadmissibility of such criminal acts.

Bayramov also informed about the contribution of Azerbaijan to the energy security of Europe, about the grandiose project of the Southern Gas Corridor put into operation and the possibilities of expanding its geography in Europe.

He also touched upon bilateral relations between Azerbaijan and the EU and negotiations on a new agreement, which will become the legal basis for this cooperation.

The EU Representative in Azerbaijan, Minister Kestutis Jankauskas, thanking for the information provided, noted the usefulness of continuing the dialogue in this format in the future. He stressed the importance of developing bilateral relations, and signing a new agreement for this, as well as energy partnership and cooperation within the framework of the Eastern Partnership.

Referring to the EU humanitarian aid to people affected by the conflict, the Ambassador noted the need for detailed discussions on the role that the EU can play in the post-conflict process.

During the meeting, the Azerbaijani Minister answered numerous questions from the EU ambassadors.