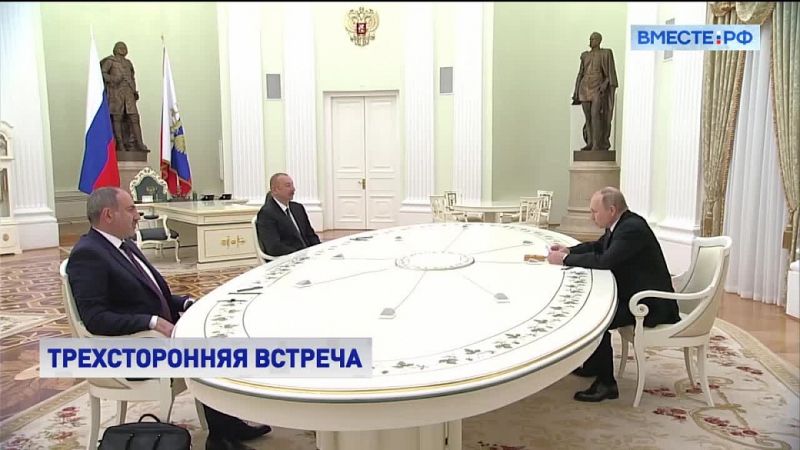 Azerbaijani Foreign Ministry: Armenia distorts the essence of the trilateral statement of November 10, 2020

The statement of the Armenian Foreign Ministry of August 11, 2021, accusing Azerbaijan of allegedly violating the trilateral Statement of November 10, 2020, is another fruitless attempt by the Republic of Armenia to evade its obligations to fully implement the provisions of this document, according to Azerbaijan in Focus, reporting Turan News, citing the commentary of the Azerbaijani Foreign Ministry published on Thursday.

“We draw the attention of the Armenian Foreign Ministry that in paragraph 1 of the trilateral Statement, “a complete ceasefire and all hostilities in the conflict zone are announced from 00:00 Moscow time on November 10, 2020”, and it is also noted that the Republic of Azerbaijan and the Republic Armenia “stops at the positions they occupy.” It should be emphasized that the word “stop” does not mean “remain” in this or any other context. This applies both to the Russian language, in which the Application was drawn up, and to other languages.

In addition, paragraph 3 of the trilateral Statement defines the deployment of Russian peacekeeping forces “along the line of contact in Nagorno-Karabakh and along the Lachin corridor.”

Paragraph 4 of the trilateral statement specifically indicates “The peacekeeping contingent of the Russian Federation is deployed in parallel with the withdrawal of the Armenian armed forces.”

Paragraph 6 of the tripartite Statement states that “the Republic of Azerbaijan guarantees the safety of traffic along the Lachin corridor of citizens, vehicles, and goods in both directions.”

Thus, the agreed language of the Statement signed by the three parties on November 10, 2020, clearly speaks of the withdrawal of the Armenian armed forces from the territory of Azerbaijan and in no way provides for the transfer and deployment of military personnel.

Attempts to make an absurd interpretation of the key provisions of the trilateral Statement indicate that the Armenian side either did not fully understand the essence of the document it signed on November 10, 2020 or initially did not intend to comply fully with its requirements. This behavior once again underlines the destructive position of this country.

The international community is well aware of the practice of non-compliance by the Armenian side with the fundamental norms and principles of international law, decisions of international organizations, and obligations assumed. In this regard, it is enough to mention Armenia’s refusal to comply with the requirements of four UN Security Council resolutions of 1993.

This destructive practice is devoid of any prospects in the context of ensuring the long-awaited peace and security in the region,” the Azerbaijani Foreign Ministry said.