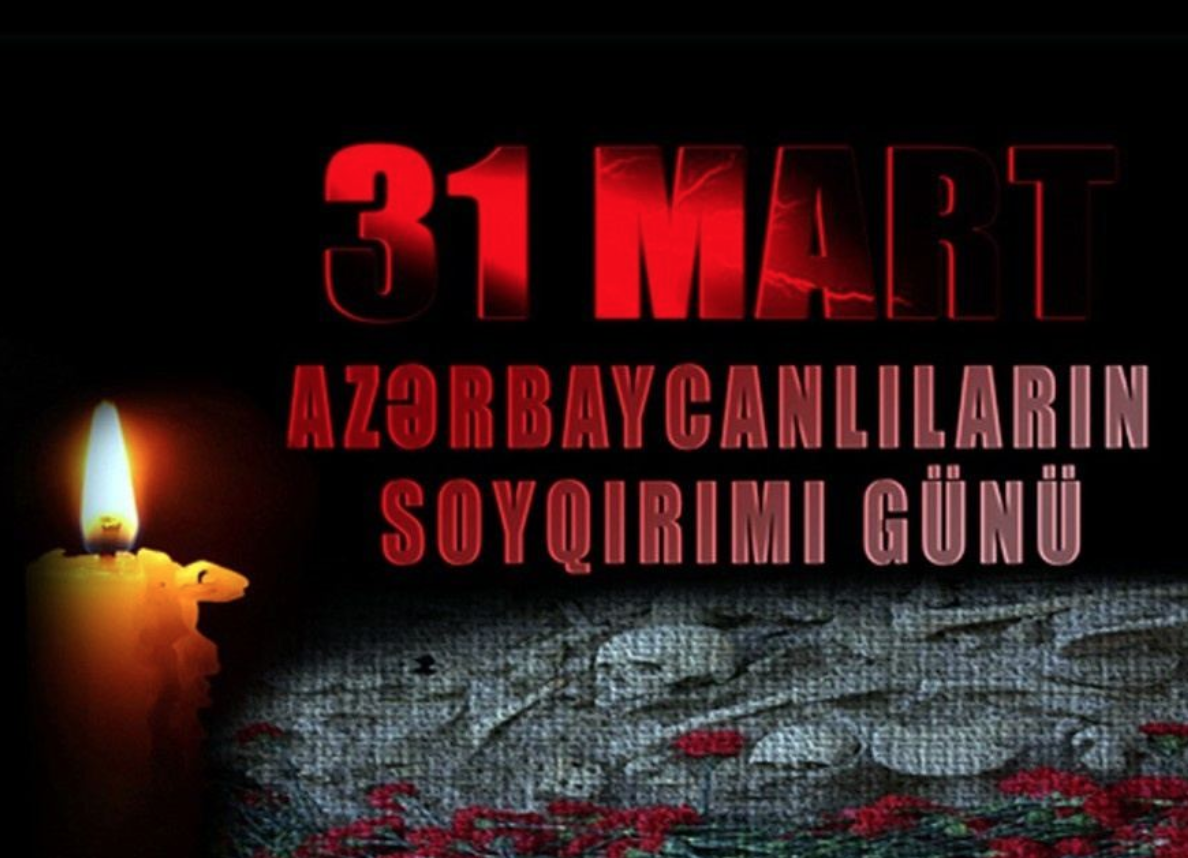 The Ministry of Foreign Affairs of Azerbaijan has issued a statement in connection with the Day of Genocide of Azerbaijanis – 31 March, according to Azerbaijan in Focus, reporting Trend News.

March 31 is the Day of Remembrance of the victims of the genocide committed by Armenian against Azerbaijanis. The Dashnak-Bolshevik armed detachments, acting under the mandate of the Baku Council, carried out massacres with particular cruelty in Baku, in other cities and districts of the Baku province from March through April 1918. Dozens of thousands of civilians were killed because of their national and religious affiliation, as a result. We honor the memory of the victims of these events and consider it important to preserve this memory in order to prevent similar tragedies in the future.

Ethnic Armenian Stepan Shaumian, the Commissar Extraordinary for the Caucasus, admitted that 6,000 armed soldiers of the Baku Soviet and 4,000 from the Dashnaksutyun party participated in the massacres against the Azerbaijani people.

The genocide carried out against the Azerbaijanis along with Baku covered also Shamakhi, Guba, Iravan, Zangezur, Karabakh, Nakhchivan, and Kars regions.

During the first five months of 1918, more than 16,000 people were murdered with utmost cruelty in Guba province alone, a total of 167 villages were destroyed. Mass graves discovered in Guba region in 2007 constitute clear evidence of the inhumane acts committed by Armenians.

March massacres of 1918 were well prepared and ruthlessly implemented acts by radical nationalist Armenians against Azerbaijanis on the grounds of racial discrimination and ethnic cleansing.

The Government of the Azerbaijan Democratic Republic established the Extraordinary Investigation Commission in 1918, in order to investigate the serious crimes perpetrated by Armenians and has taken a number of measures to preserve the true facts revealed by the Commission in the memory of the people and to inform the world community about these atrocities.

The Extraordinary Investigation Commission which was comprised of the best lawyers of that time representing different nationalities – Russians, Jewish, Polish, Georgians, and even Armenians, based on the pieces of evidence launched criminal cases against 194 individuals accused of different crimes against the peaceful population, 24 individuals in Baku and about 100 individuals in Shamakhi had been arrested for perpetrated crimes.

However, this process had been suspended after the demise of the Azerbaijan Democratic Republic, a full investigation of the events and its political-legal assessment had been prevented.

The commemoration of the Day of Genocide of Azerbaijanis plays an important role in informing the world community about the massacre and ethnic cleansing of Azerbaijanis in the past and present.

A total of 1 million Azerbaijanis fell victim to ethnic cleansing in Armenia and in occupied territories of Azerbaijan.

Armenia also committed numerous war crimes, crimes against humanity, and acts of genocide, including the Khojaly Genocide of February 1992.

The Armenian armed forces deliberately targeted the peaceful population of Ganja, Barda, Tartar, and other cities of Azerbaijan with missile attacks during the 44-day Second Karabakh War.

We strongly condemn the deliberate policy pursued by Armenia, based on genocide, crimes against humanity, racial discrimination, and ethnic cleansing, committed so far against the Azerbaijani people, and we emphasize the importance of ceasing Armenia’s impunity in order to prevent the recurrence of these inhumane crimes in the future.

Azerbaijan from its side will take all necessary legal measures to ensure peace and end impunity.

We commemorate the innocent victims of the March massacre with grief and mercy.