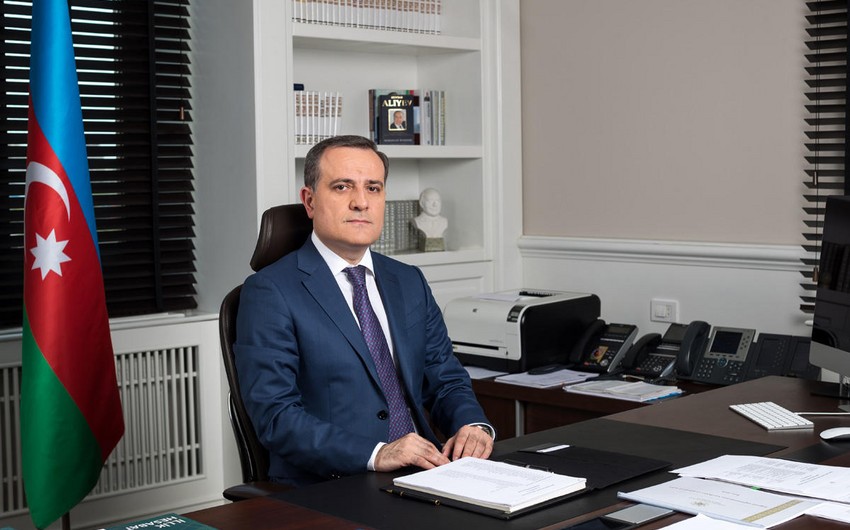 Azerbaijani Foreign Ministry On Violation Of International Obligations By Armenia

According to Azerbaijan in Focus, reporting Turan News, the letter of the Foreign Affairs Minister of Azerbaijan, Jeyhun Bayramov, to the UN Secretary General on the attempts of the Armenian side to deploy troops in the internationally recognised territories of Azerbaijan in violation of international law and the trilateral statement of November 10, 2020 was circulated as a document of the Security Council UN.

As stated in the message of the Foreign Ministry, Bayramov drew the attention of the UN leadership to the destabilisation of the region on the Armenian side. These facts provoked protests from families of servicemen in Armenia who do not want to serve in Karabakh, which was recorded by independent media.

The minister stressed that the deployment of the Armenian armed forces in the internationally recognised territories of Azerbaijan is a gross violation of Armenia’s international obligations, and in particular, the obligation to respect and observe the sovereignty and territorial integrity of states, the message says.

Earlier, Bayramov sent a letter to the UN Secretary General on the refusal of the Armenian side to provide information about mined territories, which was also circulated as a document of the UN General Assembly and Security Council.