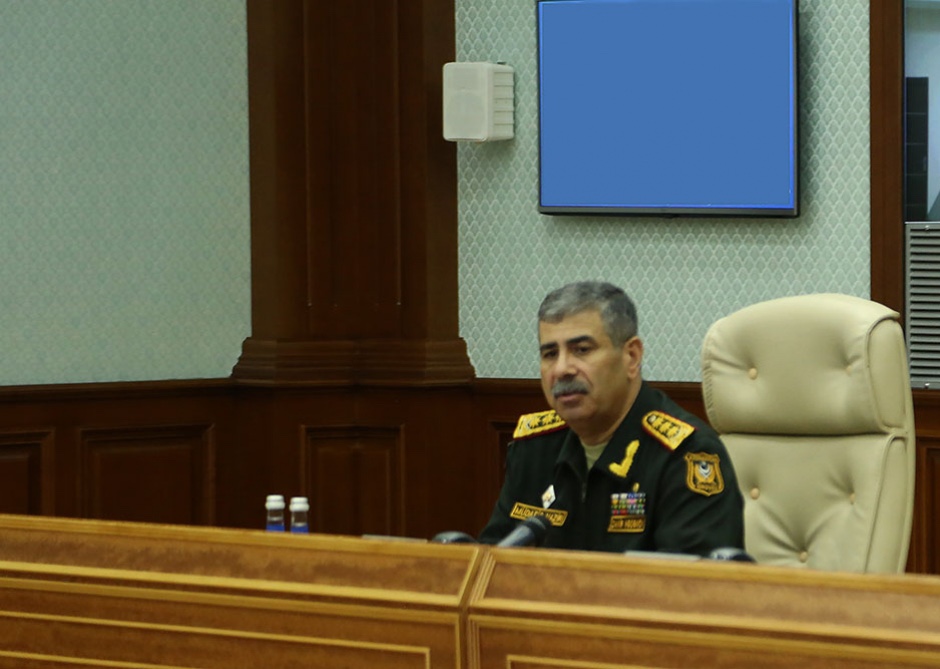 Azerbaijani Defence Minister Zakir Hasanov held a staff meeting at the Central Command Headquarters on Monday with the participation of his deputies, commanders of the types of troops and heads of departments of the Ministry, according to Azerbaijan in Focus, reporting Turan News.

The meeting was also attended by commanders of military units and formations deployed in the liberated territories, other officers via video communication.

The meeting provided a detailed analysis of the situation on the Azerbaijani-Armenian state border and the operational situation in the Karabakh economic zone of Azerbaijan.

Hasanov gave instructions to maintain high combat readiness of military units of the Azerbaijani armed forces and increase vigilance. Instructions were also given to hold intensive exercises and practical training in conditions close to combat.

Also, the Minister instructed commanders and heads of military units to ensure readiness of personnel for the use of newly adopted modern weapons, equipment and other combat means.