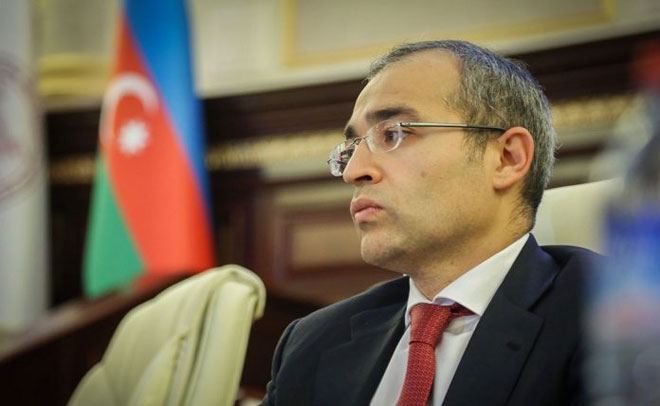 The Azerbaijani government will spend $1.5 billion in 2021 on the restoration of the territories liberated from the Armenian occupation (Karabakh region), said the Minister of Economy of Azerbaijan Mikayil Jabbarov, according to Azerbaijan in Focus, reporting Trend News.

Jabbarov made the remark at the online event of the Central Asian Regional Economic Cooperation (CAREC) – CAREC at 20: Reimagining Regional Cooperation Through Digital Transformation, on May 5.

Azerbaijan, being an important transport hub in the South Caucasus region, is constantly improving cross-border and transit procedures, logistics, as well as digitalizing the logistics system and trade processes, he noted.

According to him, the restoration of the Karabakh region will be carried out both through state spending and by attracting investments.

“We’ll create attractive conditions for the investors. This year we plan to spend $1.5 billion for the restoration of the region,” Jabbarov stressed.

Besides, according to the minister, it’s planned to develop agriculture, tourism, and the mining industry in Karabakh.

Reconstruction of the Nakhchivan transport corridor and restoration of the railway from Azerbaijan through Armenia and Nakhchivan to Turkey will positively impact the economy of the South Caucasus region. Restoration of communication with Nakhchivan will bring benefits to all the regional countries, including Armenia, added Jabbarov.

Following over a month of military action to liberate its territories from Armenian occupation from late Sept. to early November 2020, Azerbaijan has pushed Armenia to sign the surrender document. A joint statement on the matter was made by the Azerbaijani president, Armenia’s PM, and the president of Russia.

A complete ceasefire and a cessation of all hostilities in the zone of the Nagorno-Karabakh conflict was introduced on November 10, 2020.