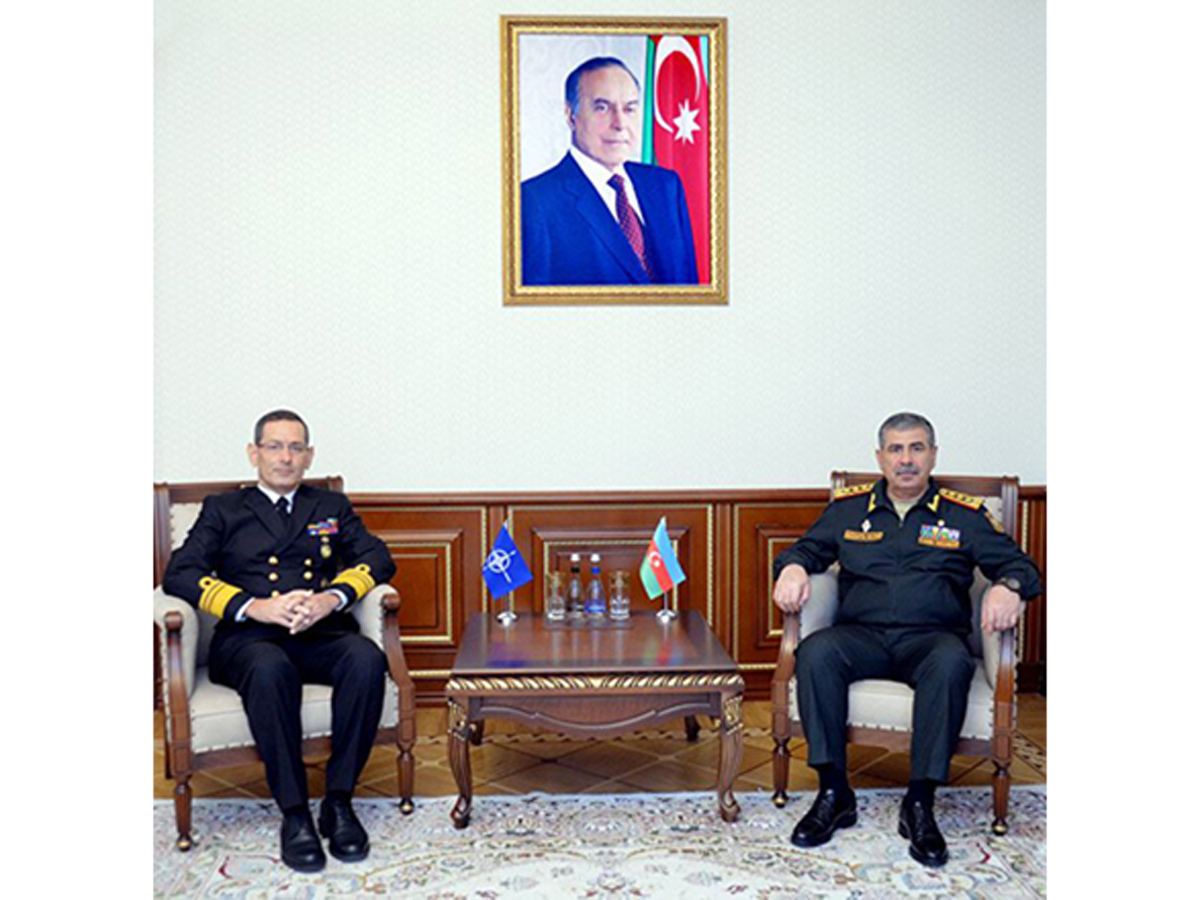 Hasanov informed about the work carried out in the Azerbaijani territories liberated from Armenian occupation after the victory in the 2020 Second Karabakh War under the leadership of the President of Azerbaijan, Supreme Commander-in-Chief Ilham Aliyev, as well as the current situation on the Azerbaijani-Armenian state border.
The minister expressed satisfaction with the current state of cooperation with NATO and the positive results achieved in this area, stressed the importance of further developing mutual ties.

Rear Admiral Bulent Turan expressed gratitude for the contribution made by Azerbaijani servicemen to the Resolute Support non-combat mission in Afghanistan and also stressed that he supports the further expansion of the existing military cooperation.

The parties held an exchange of views on joint measures, which are being carried out in the framework of partnership with NATO.
Following over a month of military action to liberate its territories from Armenian occupation from late Sept. to early Nov. 2020, Azerbaijan has pushed Armenia to sign the surrender document. A joint statement on the matter was made by the Azerbaijani president, Armenia’s PM, and the president of Russia.