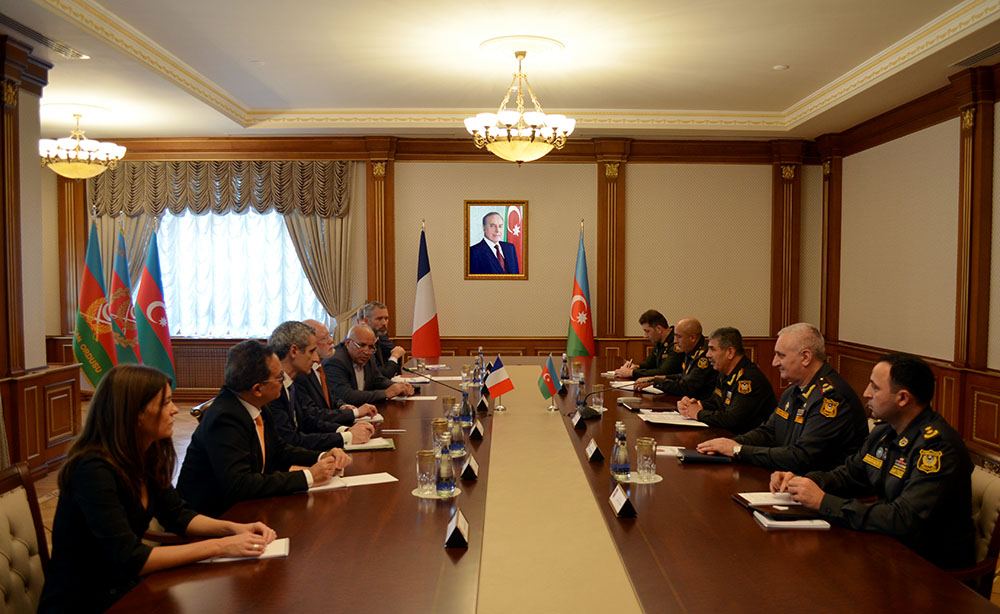 Greeting the guests, Hasanov informed about the work on clearing mines and unexploded munitions, carried out in the territories liberated from Armenian occupation, after Azerbaijan’s victory in the 2020 Second Karabakh War, achieved under the leadership of the President of the Republic of Azerbaijan, Supreme Commander-in-Chief of the Armed Forces, Ilham Aliyev.

Cheshnel expressed condolences in connection with the death of the Azerbaijani soldiers who became martyrs in the Second Karabakh War.

He also expressed the readiness of the commission headed by him to provide the necessary assistance in cooperation with the Mine Action Agency of Azerbaijan in the work on clearing the liberated territories from mines.

A complete ceasefire and a cessation of all hostilities in the zone of the Karabakh conflict were introduced on Nov. 10, 2020.
The conflict between the two South Caucasus countries began in 1988 when Armenia made territorial claims against Azerbaijan. As a result of the ensuing war, the Armenian Armed Forces occupied 20 percent of Azerbaijan, including the Karabakh region and seven surrounding districts. The 1994 ceasefire agreement was followed by peace negotiations.
Following the liberation of its lands, Azerbaijan from Nov. 2020 started carrying out operations on clearing its lands from mines, booby traps, and various weapons left behind by the Armenian troops.