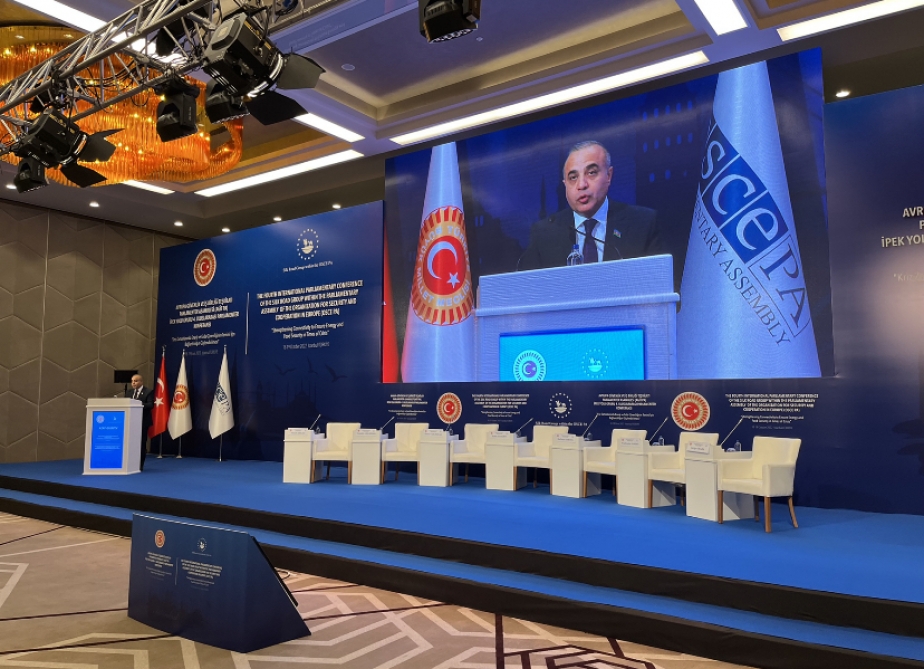 Head of the Azerbaijani delegation to the OSCE Parliamentary Assembly (PA), Chairman of the OSCE PA Silk Road Group Azay Guliyev and MP Tural Ganjaliyev are participating in the Silk Road Group’s international conference on “Strengthening coordination to ensure energy and food security in times of crisis” in Istanbul, Turkiye, according to Azerbaijan in Focus, reporting AzerTac.

Addressing the event, organized by the Turkish Grand National Assembly, Azay Guliyev said that the volume of Azerbaijani natural gas supplied to Europe is expected to reach 20 billion cubic meters per year.

He noted that the Memorandum of Understanding signed between the European Union and Azerbaijan on July 18 of this year, as well as the opening of the Greece-Bulgaria interconnector are of great importance in terms of ensuring energy security in South East Europe.

“Azerbaijan makes a significant contribution to the development of the East-West and North-South transportation corridors, and actively promotes the creation of the Zangezur corridor, which will be an integral part of the Middle Corridor,” Azay Guliyev emphasized.