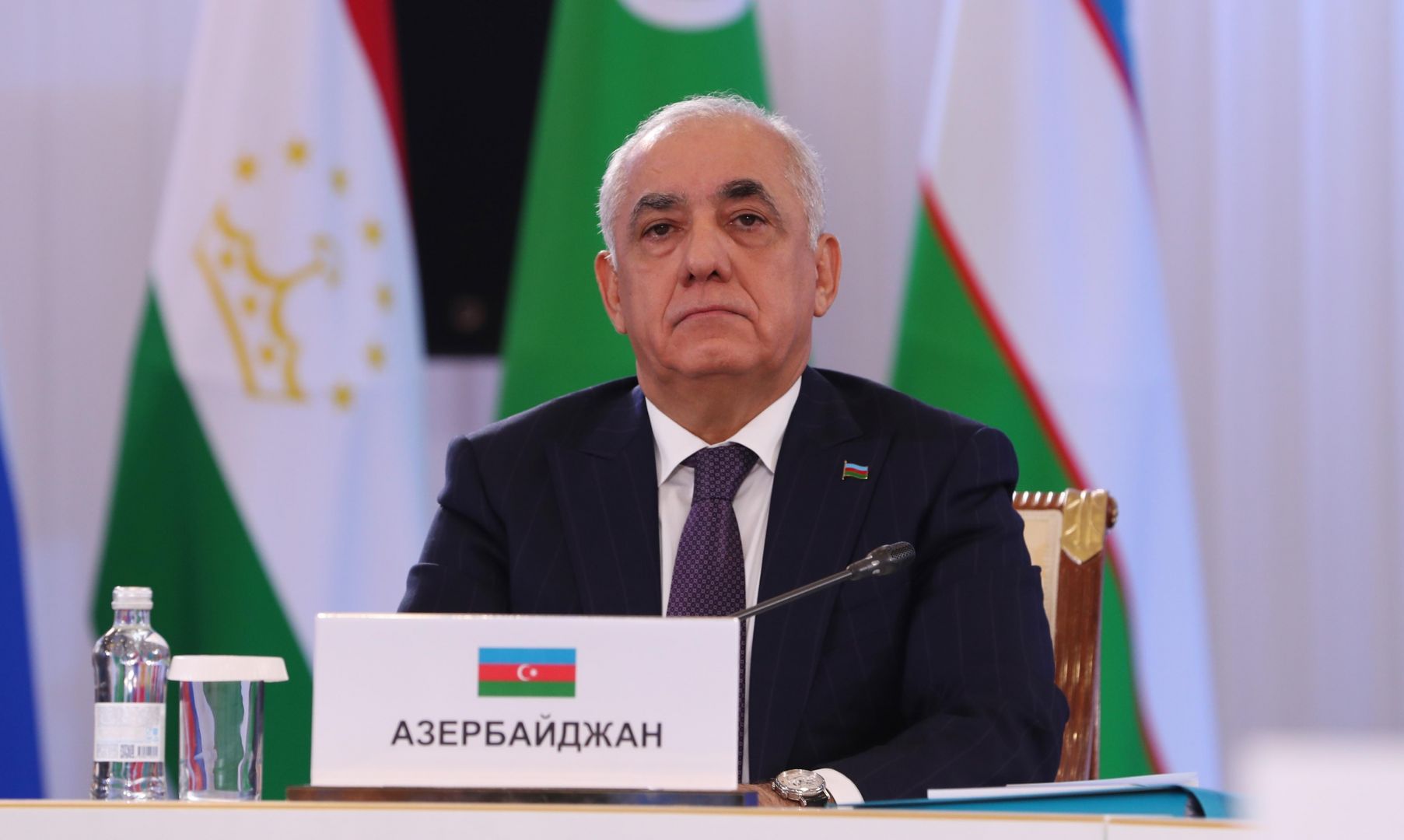 Azerbaijani Prime Minister Ali Asadov participated in a meeting of the Council of Heads of Government of the Commonwealth of Independent States (CIS) in Astana on October 28, according to Azerbaijan in Focus, reporting Azernews.

Before the meeting, Kazakh President Kassym-Jomart Tokayev received Azerbaijani Prime Minister Ali Asadov along with other members of the Council of Heads of Government of the CIS.

Speaking at the meeting, Ali Asadov underscored Azerbaijan’s active involvement in economic cooperation, which, he said, is of great importance in mutually beneficial partnerships within the framework of the CIS.

The prime minister also added that Azerbaijan has close economic relations with almost all member countries, adding that as the COVID-19 pandemic is weakening, an increase in the volume of Azerbaijan’s foreign trade with the CIS member states is observed. So, this year the trade turnover has increased by 30%.

The Azerbaijani prime minister underscored the importance of cooperation in the transport sector. After the end of the 44-day war, the new realities in the region have a positive impact on establishing cooperation in the economic and transportation sectors, he added.

The prime minister reconfirmed Azerbaijan’s commitment to the trilateral statements of November 10, 2020, and January 11, 2021, including the work of the tripartite working group on the restoration of regional transport communications and the commission on delimitation and demarcation of the state border between Azerbaijan and Armenia.

Ali Asadov highlighted the attractiveness of the Zangazur Corridor once it is opened, adding that it will significantly increase transit opportunities and serve to strengthen the investment environment.

In 2021-2022, Azerbaijan allocated approximately 3 billion US dollars in funds for the restoration of the liberated territories and is working hard in the direction of resettling IDPs back to their native lands.