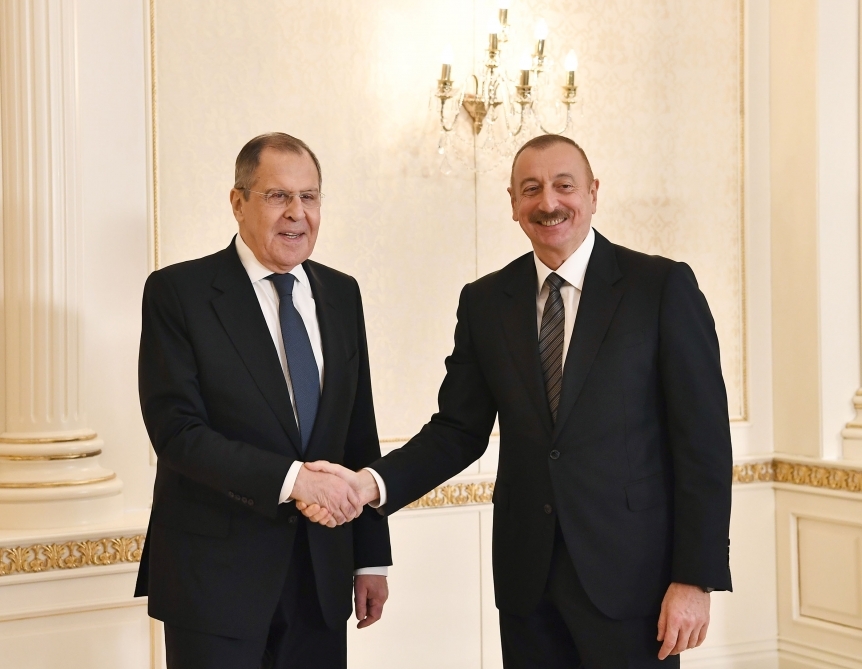 Speaking in advance of a meeting with Russian Foreign Minister Sergey Lavrov in Baku, Azerbaijani President Ilham Aliyev observed the following, according to ‘Azerbaijan in Focus’, reporting AzerTac: “A promising new situation has emerged in the region. I am confident that these positive trends will evolve. In any case, Azerbaijan is ready for this and today we will discuss in detail our vision of how this region should develop. Of course, the trilateral statement is an important step towards establishing a strong and lasting peace.”

“In general, I think that the format of co-operation, both in terms of the peacekeeping mission and long-term co-operation, is acquiring a new character. I believe this meets the fundamental interests of these countries, because it is these nations that should play a leading role, including matters of strengthening security. That which was agreed in the trilateral statement suggests that, with goodwill and a constructive approach, it is possible to resolve issues that previously seemed insoluble.”