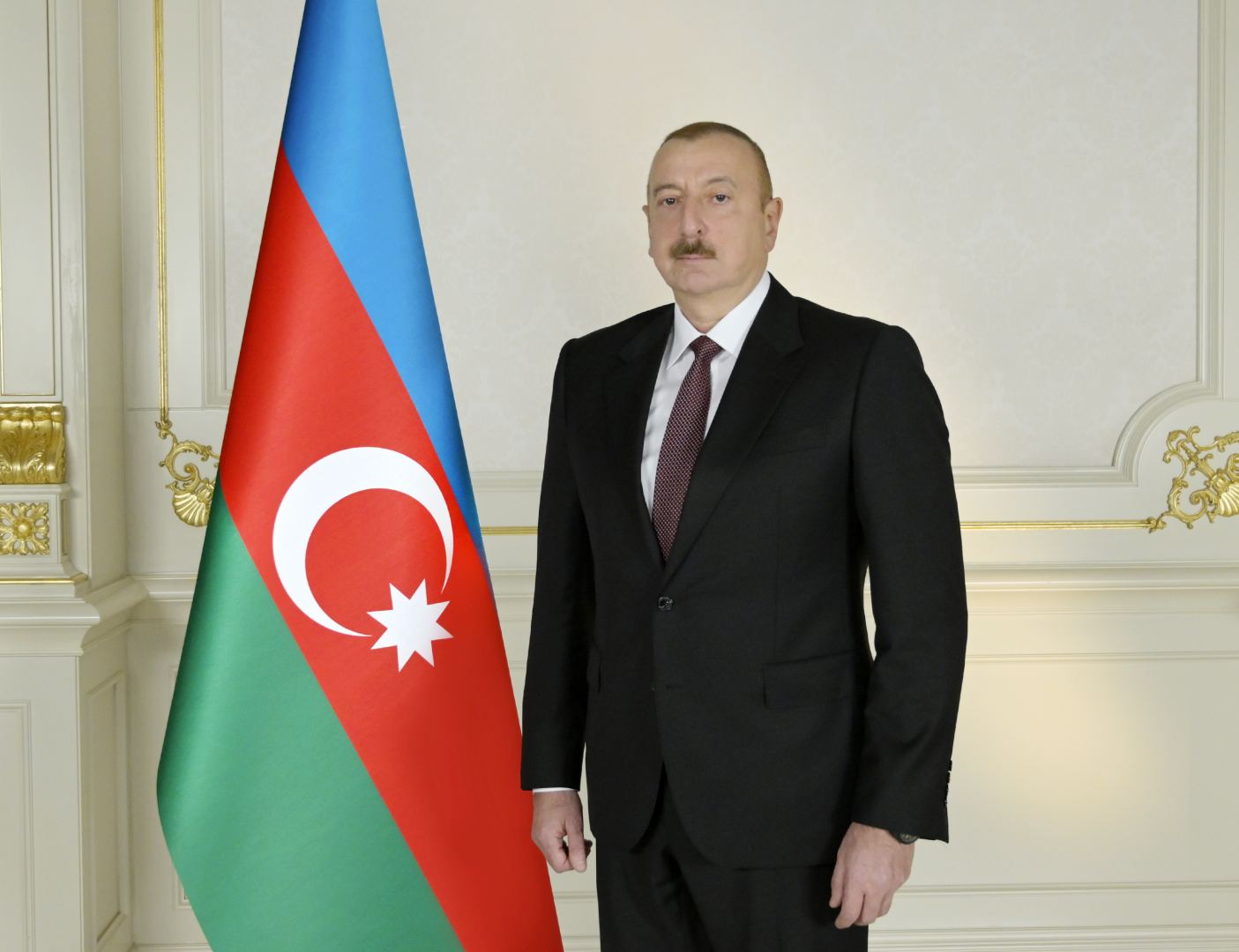 “Dear fellow compatriots!
Dear fellow countrymen!
I sincerely congratulate you on the occasion of 31 December, the Day of Solidarity of World Azerbaijanis, a holiday established by great leader Heydar Aliyev, and convey my warm wishes to every one of you.

We are ending 2020 in a tense fight against the coronavirus pandemic around the world. From the first days, the Azerbaijani government has taken consistent measures to overcome the situation with minimal losses. These steps, as well as Azerbaijan’s humanitarian assistance to countries in need, have been praised by the World Health Organization.

On the initiative of Azerbaijan as a country chairing the Cooperation Council of Turkic Speaking States and the Non-Aligned Movement, which brings together 120 countries, a summit of both organizations dedicated to the fight against COVID-19 was held in a video format.

On the initiative of Azerbaijan as a country chairing the Non-Aligned Movement, which was supported by more than 150 countries, a special session of the UN General Assembly on coronavirus was held at the level of heads of state and government in December this year. This is a clear indication of Azerbaijan’s active participation in global processes, respect for our country, and international support.

Armenia’s provocative statements and actions aimed at undermining the process of negotiations, its military provocation committed at the state border in the direction of Tovuz in July, the concentration of troops on the line of contact, and the sending of sabotage groups to commit acts of terror were further indications of its ugly intentions. During the 75th session of the UN General Assembly in September this year, the international community was warned about Armenia’s preparations for a new war.

On 27 September, in response to Armenia’s military aggression against our country, the people of Azerbaijan went to war. The victorious Azerbaijani Army severely defeated the enemy and restored the territorial integrity of our country in 44 days filled with heroic deeds. The glorious Victory, which will live forever in the history of our national statehood and in the memory of our people, was achieved thanks to the unity of our people and government, the high professionalism of our army, and intense political and diplomatic activity.

The “Iron Fist” operation carried out by our army in extremely difficult conditions in terms of territory and terrain and in a short period of time has gone down in the world’s military history and is being studied by leading military centers and specialists.

The grand Victory Parade held in Azadlig Square in Baku on 10 December demonstrated the political, economic, and military power of the Azerbaijani state, the resolve of our people, the determination of our army to win, and the unshakable fighting spirit of our soldiers and officers.

I once again express my deep gratitude to all the personnel of our victorious army, who gave our people a sense of national pride and joy, the joy of victory by raising our tricolor flag in our liberated lands, in the holy city of Shusha, the crown of Karabakh. I bow my head to the immortal souls of our martyrs and ask God to have mercy on them, and wish our wounded servicemen a speedy recovery.

During the Patriotic War, Azerbaijan prevented the misinformation campaign unleashed against our country in international media and informed the international community about Armenia’s vandalism and the policy of terror against civilians.

I am confident that we will soon turn our native Karabakh, which was completely destroyed as a result of Armenian occupation and savagery, into a paradise on earth.

The courageous protests of our compatriots living abroad against the insidious provocations of the enemy and anti-Azerbaijani circles during the Patriotic War, their selfless service in conveying the truth about Azerbaijan to the world community have made a sizable contribution to our victory.

I wish all of you success in your activities for the further strengthening and prosperity of our native Azerbaijan,” the president’s congratulatory message said.