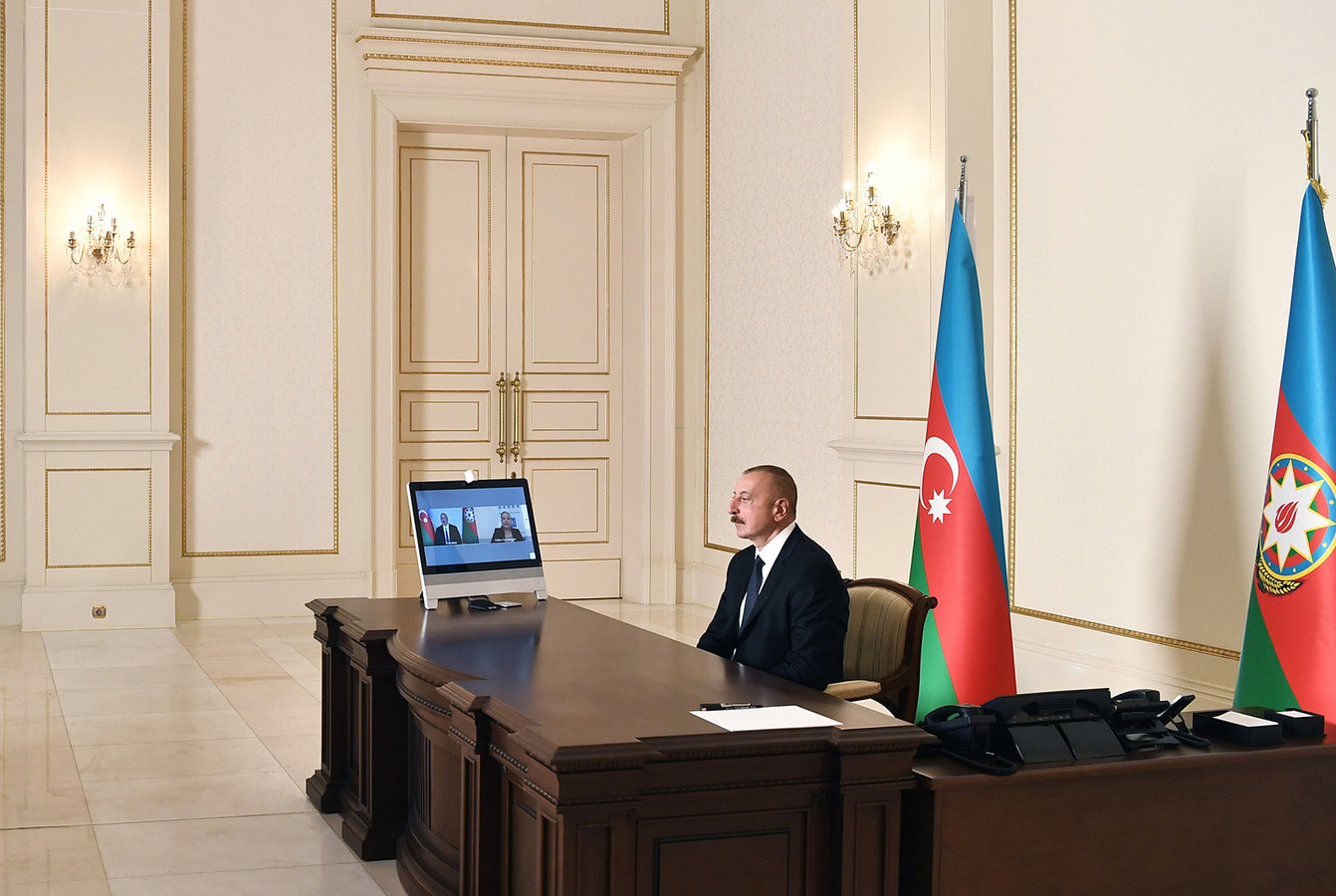 Azerbaijani President Ilham Aliyev has stated that, given the current situation, there is “no point” in undertaking negotiations with Armenian Prime Minister Nikol Pashinyan to discuss settlement of the Armenian–Azerbaijani Nagorno-Karabakh conflict. Speaking to Spanish news agency EFE, he described the meetings between the Azerbaijani and Armenian Foreign Ministers, mediated by the OSCE Minsk Group Co-Chairs, as the most suitable negotiation format.

President Ilham Aliyev recalled his repeated fruitless attempts to negotiate with Pashinyan, all of which he described as “useless.” He continued: “It doesn’t make any sense. I have had many meetings with him over the past two years. However, all were useless and senseless, with the exception of the earliest ones, in which he promised that if Azerbaijan gave him time, he would strengthen his political position in Armenia. He said that, after he had achieved this, he would constructively work towards the implementation of the basic principles of the settlement.

“However, this was only Pashinyan’s position during his first few months after coming to power in Armenia. However, a year later, he began to say something completely different. Later, he said would not give up an inch of land to Azerbaijan, stating that ‘Karabakh is Armenia’, and that Azerbaijan should negotiate with the unrecognised authorities in Nagorno-Karabakh. He did everything possible to disrupt the negotiation process.”

President Aliyev reflected: “I now see no point in meeting him. Our Foreign Ministers recently met in Geneva, and I believe that this is now a suitable format for communications between Baku and Yerevan.”

President Aliyev reiterated that he did not want war, and was ready to end military engagement immediately if Pashinyan presented a schedule for the withdrawal of troops from the Aghdam, Kelbajar and Lachin regions.

He stressed: “We do not want to continue hostilities. I have said this many times and I repeat now: if the Prime Minister of Armenia, who is responsible for this bloodshed, personally makes such a statement, we are ready to immediately stop the war.”

This article originally appeared in Turan Informasya Agentliyi on 05 Nov 2020.