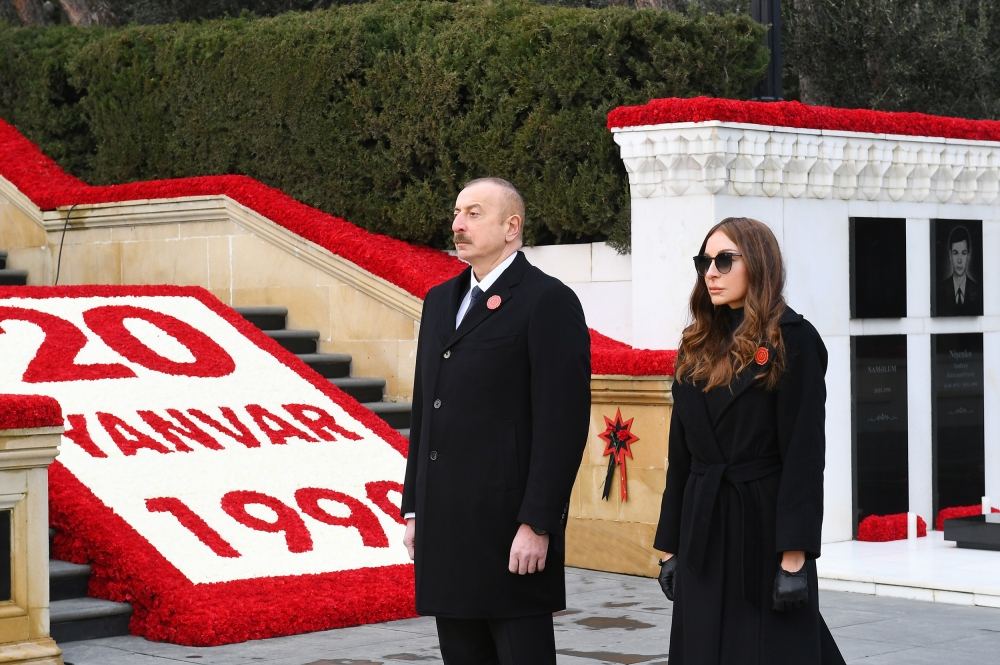 Thirty-one years have passed since the bloody 20 January. President of the Republic of Azerbaijan Ilham Aliyev and first lady Mehriban Aliyeva visited the Alley of Martyrs on the 31st anniversary of the 20 January tragedy, which was committed by the Soviet empire in Baku, according to Azerbaijan in Focus, reporting Trend News.