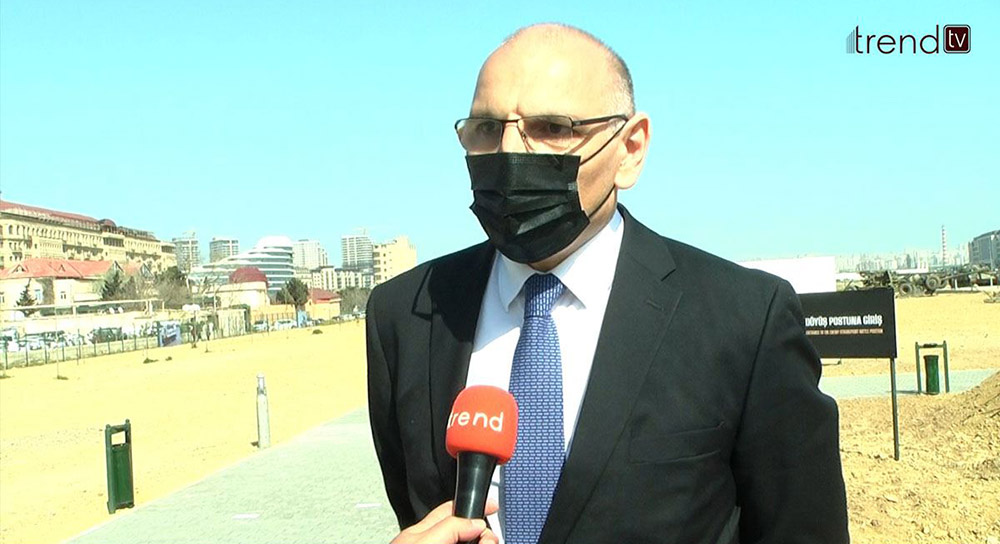 “A New Vision at the South Caucasus: Post-Conflict Development and Cooperation” international conference held at ADA University is of great importance from the point of view of the participation of Azerbaijani President Ilham Aliyev in it, said Elchin Amirbayov, Assistant to the First Vice-President of Azerbaijan, according to Azerbaijan in Focus, reporting Trend News on April 13.

Amirbayov also stressed that he is proud that the War Trophy Park has been created in Baku.

“As the son of Azerbaijan, I feel proud when I visit this park,” assistant to the first vice-president said. “The visit gives an opportunity to make sure that the entire information that Armenians have been spreading about their troops over the decades is nothing more than a myth.”

“The opinion of the foreign guests was that Azerbaijan won this war thanks to its courage by shedding blood, after which historical justice was restored,” Amirbayov said.

“Some conference participants also stressed that the creation of this park is a great event for future generations,” assistant to the first vice-president said. “At the same time, representatives of countries facing conflicts saw that this experience can be used in their countries.”