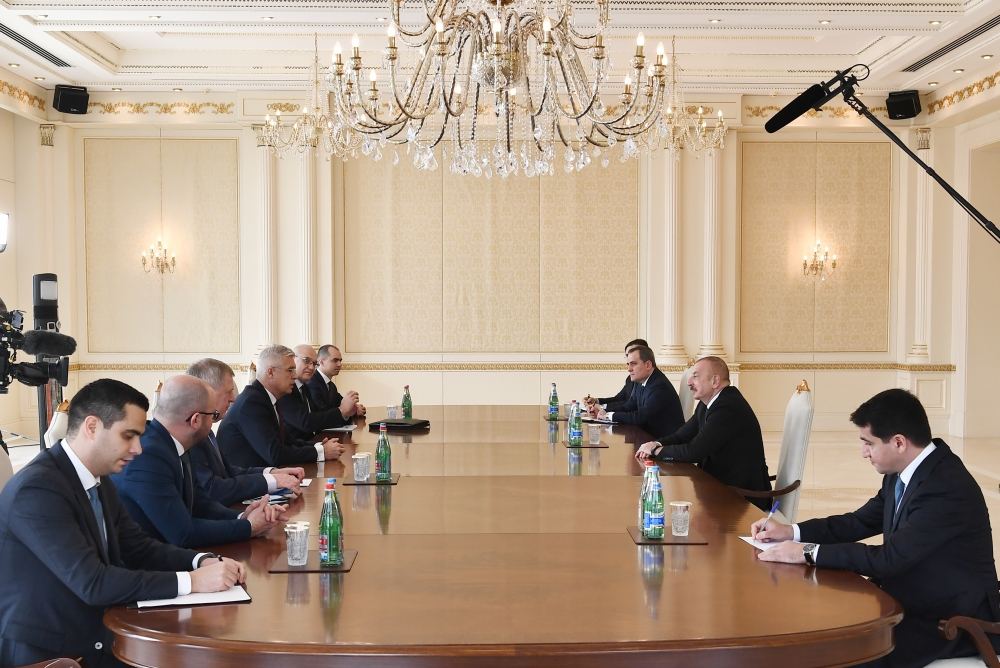 President of the Republic of Azerbaijan Ilham Aliyev has received a delegation led by Minister of Foreign and European Affairs of the Slovak Republic Ivan Korcok, according to Azerbaijan in Focus, reporting Trend News.

Minister of Foreign and European Affairs of the Slovak Republic Ivan Korcok noted that he last visited Baku about 20 years ago, adding that the development processes he saw in the capital city left deep impressions on him.

The political ties, economic cooperation and the expansion and development of trade relations, as well as the issues relating to cooperation in the field of mine action were discussed.

The supremacy of the principles of territorial integrity and sovereignty of states and inviolability of borders in interstate relations was underlined during the meeting.