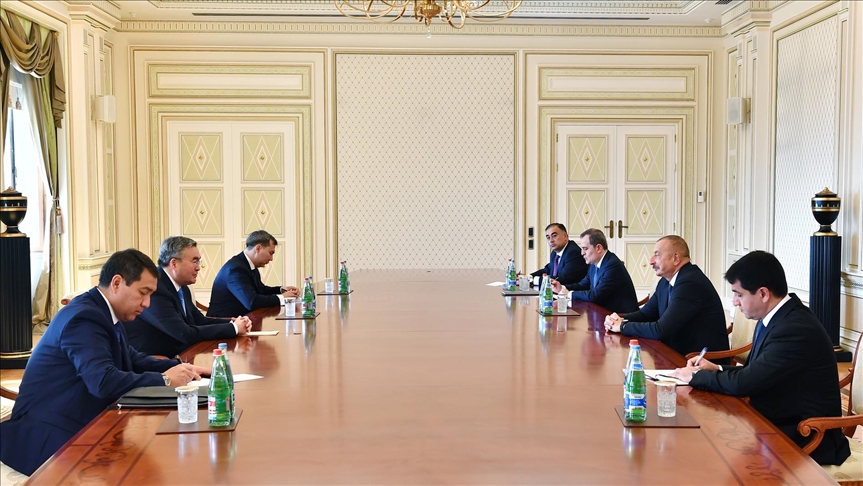 During the meeting with Mukhtar Tleuberdi, successful course of Azerbaijan-Kazakhstan relations, as well as the basis created by regular contacts between the leaders of the both countries for boosting cooperation are discussed, the statement said.

Economic relations were also among the topics of discussion and the parties stressed the importance of increasing investment projects and transportation corridors.

They also voiced hope to bring the bilateral trade volume to the pre-pandemic level.

Tleuberdi, for his part, congratulated Aliyev and the Azerbaijani nation over the country’s last year victory in the second Karabakh war.

Among the attendees of the meeting were Azerbaijani Foreign Minister Jeyhun Bayramov and Hikmet Hajiyev, aide to the president of Azerbaijan.

During a 44-day conflict last year, which ended in a truce on Nov. 10, Azerbaijan liberated several cities and nearly 300 settlements and villages in Karabakh from Armenia’s occupation.

This article originally appeared in Anadolu Agency on 21 June 2021.