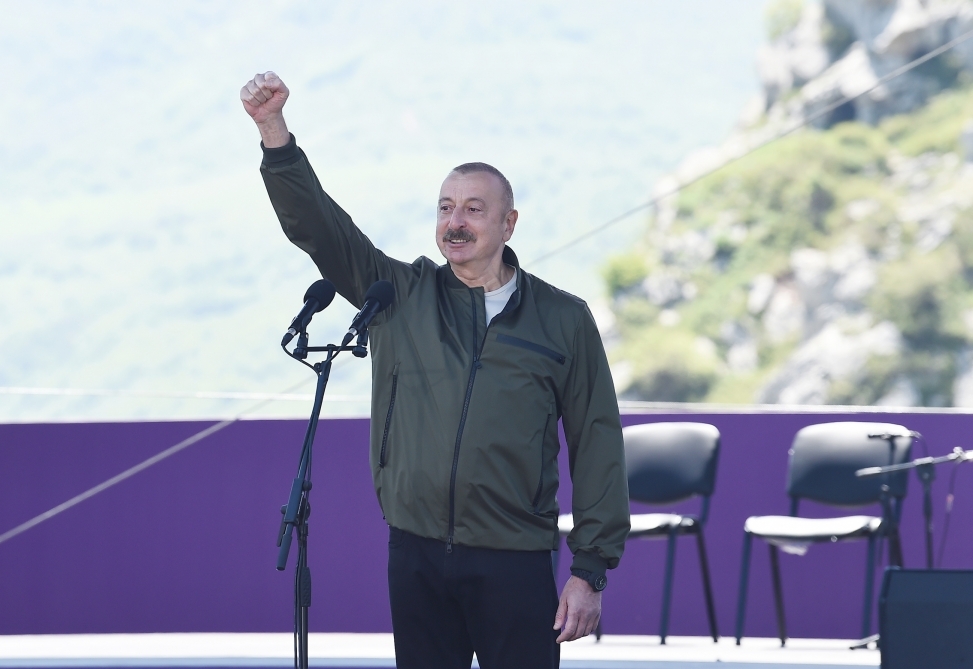 Azerbaijani President: The national spirit that drove us forward secured this victory

“Every day of the 44 days represents a heroic saga. Every day we gave martyrs, shed blood and yet we moved forward. Every day we moved forward. There was not a single day in the 44 days on which we would take a step back. We only moved forward, giving martyrs and shedding blood. Our people were and we united, and this conditioned this Victory. More than 300 towns and villages were liberated from the invaders on the battlefield, and the liberation of Shusha, the impregnable fortress, is a separate heroic saga. Everyone visiting Shusha and Azerbaijani citizens who have already come to Shusha can confirm that liberating it from occupation required great heroism, courage and self-sacrifice. Our heroic soldiers climbed these steep rocks and liberated Shusha from the invaders in a hand-to-hand battle although the occupiers fired at us from tanks and artillery. We gave martyrs in the battles for Shusha. But the national spirit that drove us forward secured this victory,” the head of state said.