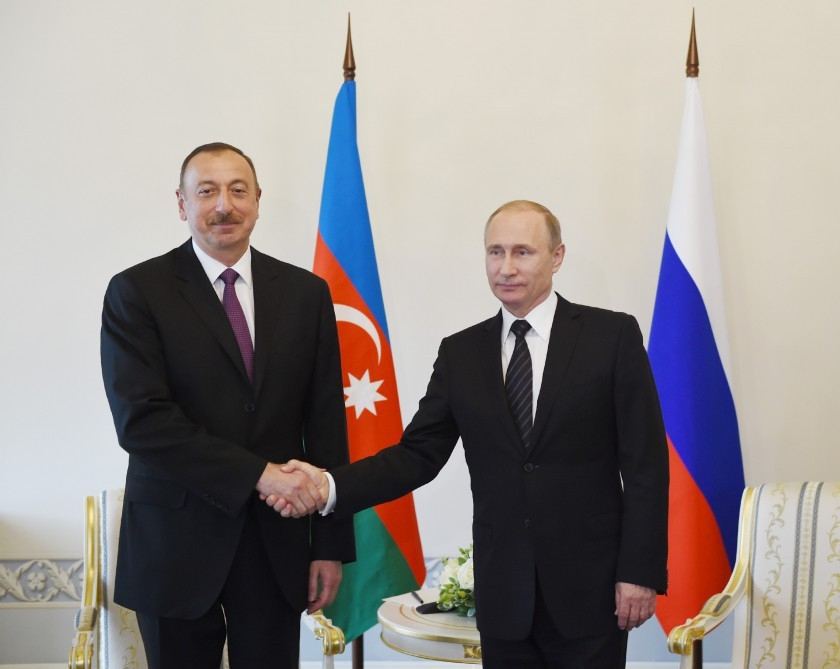 During the conversation, developments in Nagorno-Karabakh were discussed. The presidents noted with satisfaction that the situation was stable in general and the ceasefire regime was strongly complied with.
Taking into account Russian Deputy Prime Minister Alexei Overchuk’s talks held in Baku, there was a discussion of the work to establish economic ties and transport communications in Southern Caucasus, carried out in line with the statement of the Russian, Azerbaijani presidents and Armenian prime minister of November 10, 2020, and January 11, 2021.

In this context, the activities of the Working Group co-chaired by the three countries’ deputy prime ministers were praised.
The presidents also touched on a number of topical issues on the bilateral agenda, including cooperation in the fight against coronavirus pandemic. They reaffirmed their mutual commitment to continue strengthening Azerbaijani-Russian strategic partnership and promoting mutually beneficial projects.
They also agreed on further contacts.