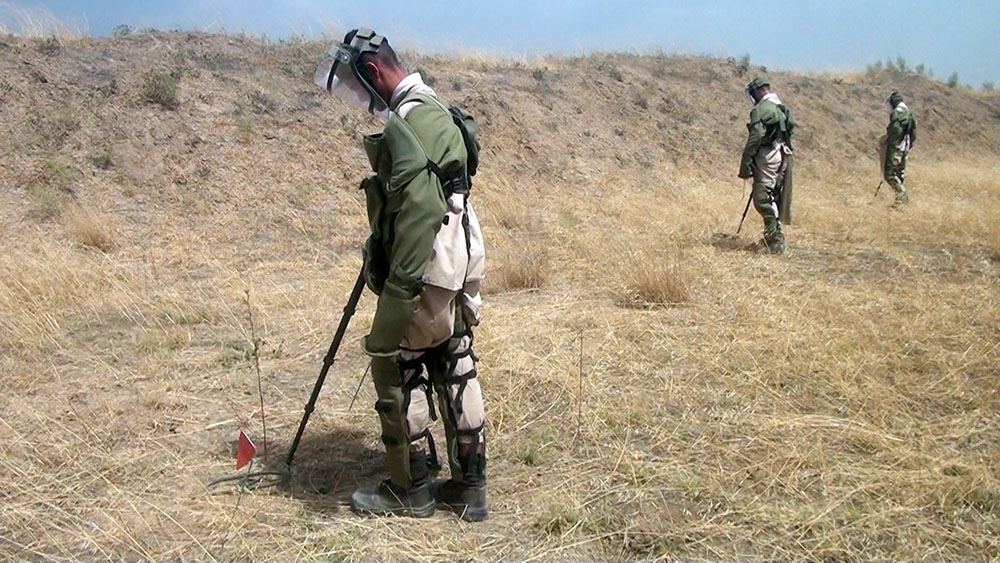 According to the ministry, since August 15, 1,318 anti-personnel mines of the PMN-E type produced after the 2020 Second Karabakh War in 2021 in Armenia have been removed and neutralized in the clarified positions in the areas mined by illegal Armenian armed groups in the Lachin district.

Totally, since August 1, in the liberated territories, engineering units of the Azerbaijani army detected and neutralized 1,275 anti-personnel, 16 anti-tank mines and 281 unexploded ordnances, and 1,428 hectares of territory were completely cleared.

The necessary measures for engineering support in the liberated territories are being continued.