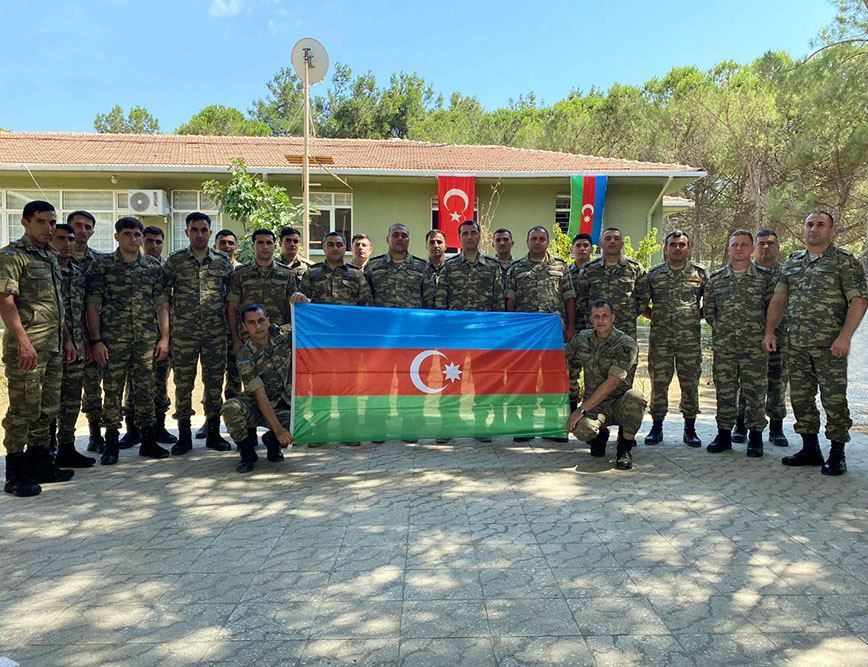 Servicemen of the Azerbaijan Army participated in the “Brother Brigade Project” drills held in Türkiye, according to Azerbaijan in Focus, reporting Azernews, citing Defense Ministry.

Due to the completion of the training period, a ceremony was held with the participation of the Commander of the Army Corps of the Turkish Armed Forces, Lieutenant General Rasim Yaldiz, and other high-ranking officers.

Speaking at the ceremony, Lieutenant General Rasim Yaldiz stressed the exemplary service of Azerbaijani servicemen within the framework of the “Brother Brigade Project” and expressed confidence that the knowledge and experience gained during the exercises will be applied to further strengthen the Azerbaijan Army.

Azerbaijan and Türkiye periodically hold joint drills to improve interaction and communication between their army units.

Military cooperation between Azerbaijan and Türkiye first emerged in 1992, with an agreement signed between the Azerbaijani and Turkish governments on military education and weapon equipment and deals to help strengthen the bond between the two nations.

On June 15, the two countries signed a memorandum of alliance that cemented the existing military, political and economic cooperation.

The Shusha Declaration on Allied Relations that President Ilham Aliyev and his Turkish counterpart Recep Tayyip Erdogan signed during the first official visit to Shusha eight months after Azerbaijan’s victory in the war with Armenia, also focuses on defense cooperation.

It affirms joint efforts by the two armies in the face of foreign threats. The declaration also pledges joint efforts for the restructuring and modernization of the armed forces. Moreover, the two nations affirm to encourage the execution of joint projects with the aim of developing capabilities in the field of sea, air, and space.

In an interview with Türkiye’s Anadolu Agency on September 27, President Ilham Aliyev said that the signing of the Shusha Declaration raised bilateral relations to an even higher level.