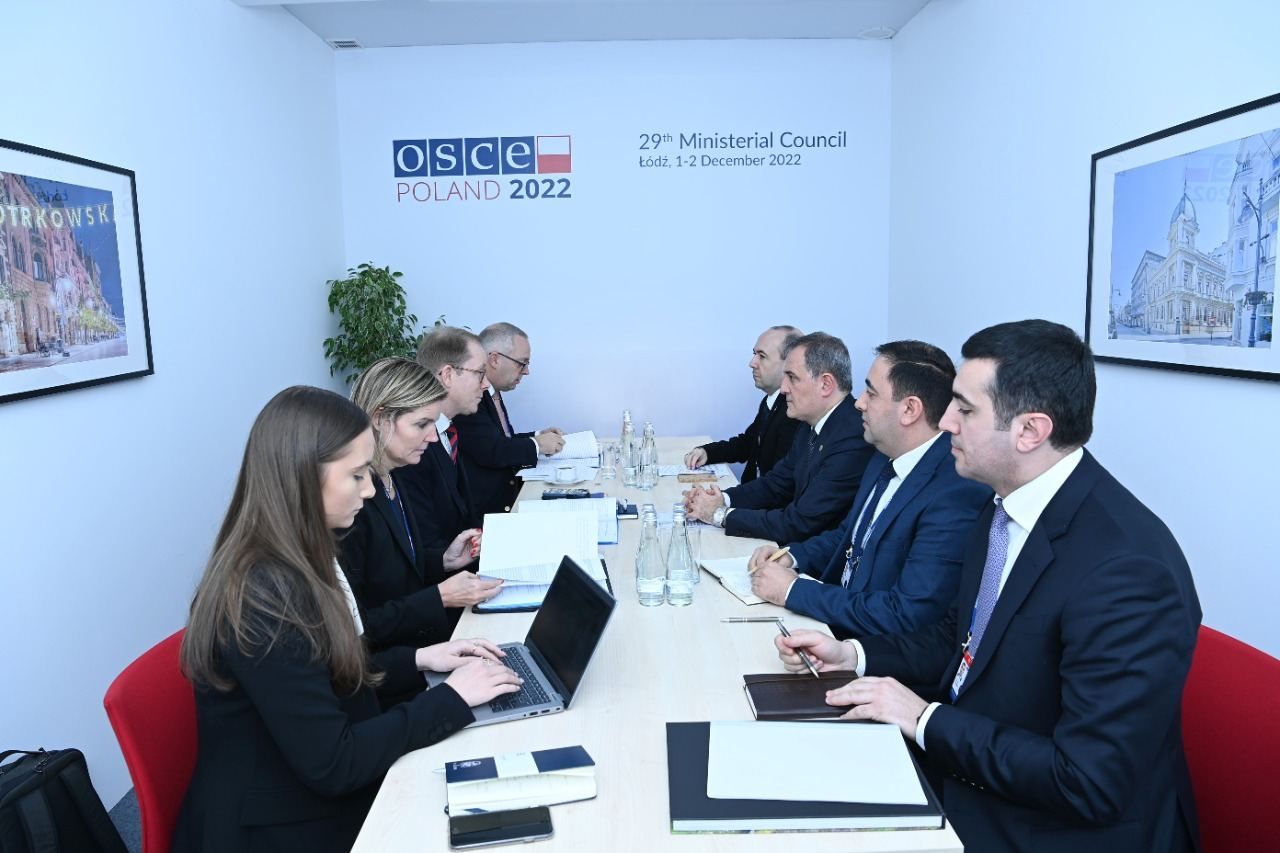 Azerbaijani Foreign Minister Jeyhun Bayramov met with his Swedish colleague Tobias Billström within the framework of the 29th meeting of the OSCE Ministerial Council in Lodz on December 2, according to Azerbaijan in Focus, reporting Azernews.

The ministers discussed topical issues of the current agenda of cooperation between the two countries and the situation in the region.

Besides, they noted mutually beneficial cooperation between the two countries in various fields.

Confidence was expressed regarding the successful implementation of cooperation between Azerbaijan and the EU in the context of the Swedish Presidency of the Council of the European Union in 2023, and joint work on the reached agreements.

Bayramov also informed Billström in detail about the new realities which have developed in the region after the 2020 second Karabakh war, the process of normalization of relations between Azerbaijan and Armenia at the post-conflict stage, Azerbaijan’s activities to promote the peace agenda, as well as restoration and construction work carried out in the region.

At the same time, the Azerbaijani minister spoke about the obstacles posed by Armenia in the framework of the negotiation process, its violation of obligations under the agreements reached and the provocations committed by Armenia, including the mine threat.

Billström noted the potential for the development of relations between Azerbaijan and Sweden in various fields.

It was noted with satisfaction that the development of cooperation was facilitated by joint events dedicated to the 30th anniversary of the establishment of diplomatic relations between the two countries.

The importance of continuing the dialogue at the political level was also emphasized.

Furthermore, the parties exchanged views on other bilateral and regional issues of mutual interest.