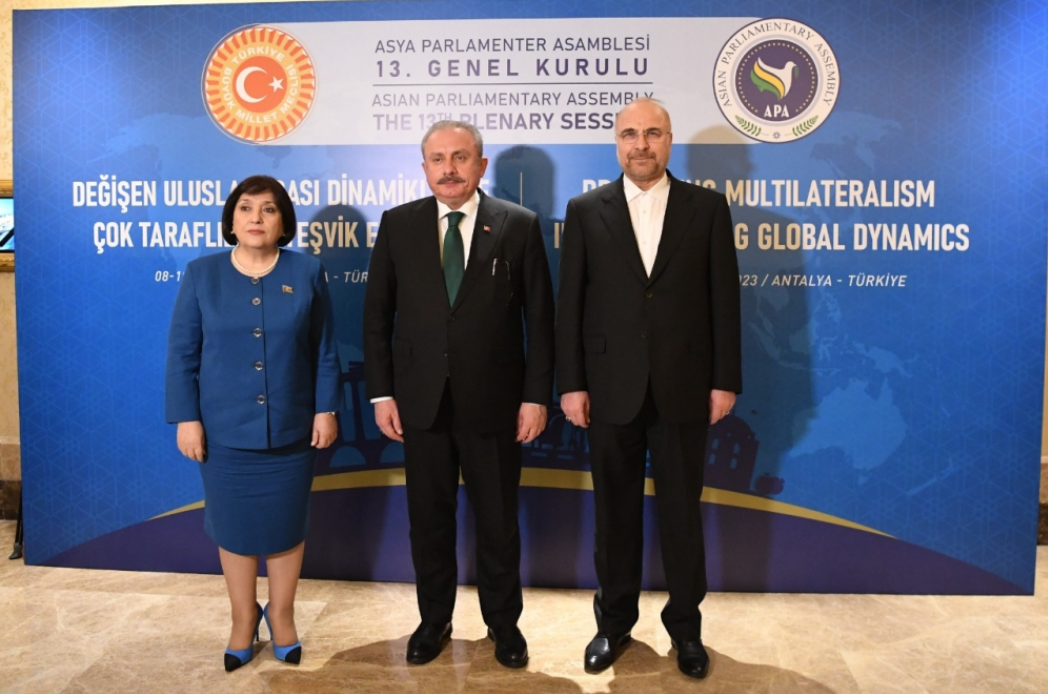 A trilateral meeting has been held between parliament speakers of Azerbaijan, Türkiye and Iran on the sidelines of the 13th plenary session of the Asian Parliamentary Assembly (APA) held in the Turkish city of Antalya, according to Azerbaijan in Focus, reporting AzerTac.

During the meeting, the sides emphasized the importance of discussions held at the 13th plenary session, noting the importance of these events in terms of the wider use of possibilities of parliamentary diplomacy.

The sides exchanged views on various issues, including the current situation in the region, as well as cooperation in the field of energy, the importance of expanding communications and the important role of energy and transport projects in the overall development of the region.

The sides noted that following the liberation of Azerbaijani territories from 30-year-long Armenian occupation new opportunities emerged in the region, once again drawing attention to the importance of signing a peace agreement to ensure continued stability and security in the region.

The sides also discussed other issues of mutual interest.