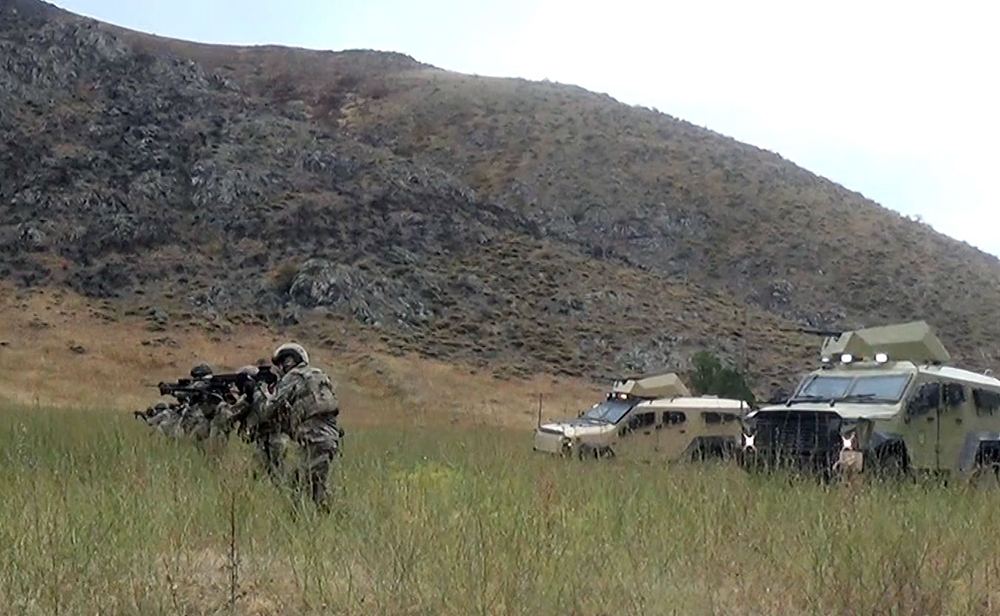 Azerbaijani-Turkish joint military-tactical exercises with live firing, taking place in the Lachin district, previously liberated from Armenian occupation, continue based on the agreement on military cooperation between Azerbaijan and Turkey, according to Azerbaijan in Focus, reporting Trend News, referring to the Azerbaijani Defense Ministry.
At the new stage of the exercises, the special-purpose groups completed the tasks of conducting reconnaissance on areas with difficult terrain, organizing ambushes on connecting roads, detecting and destroying sabotage groups, as well as covertly approaching a simulated enemy by overcoming various obstacles.

The special force units performed the assigned tasks in a highly professional manner.

The conflict between the two South Caucasus countries began in 1988 when Armenia made territorial claims against Azerbaijan. As a result of the ensuing war, Armenian armed forces occupied 20 per cent of Azerbaijan, including the Karabakh region and seven surrounding districts.

The 1994 ceasefire agreement was followed by peace negotiations.

A complete ceasefire and a cessation of all hostilities in the zone of the Karabakh conflict were introduced on November 10, 2020.

As Iran denies military buildup on Azerbaijani border, calls to Baku, Yerevan for peaceful solution of issues on the rise