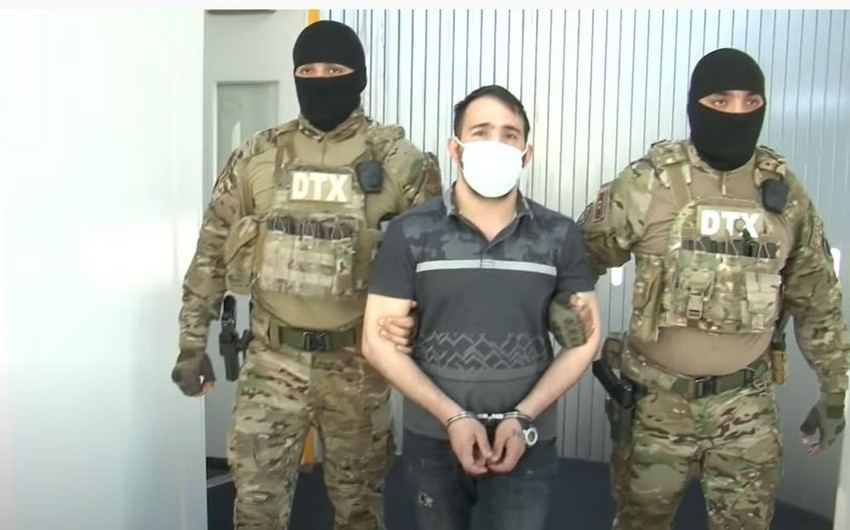 Azerbaijani, who took part in activity of Syrian armed groups to answer before law

An Azerbaijani citizen, Mirahad Mirismayilli (born in 1979), who was wanted for participation in the activities of illegal armed groups in Syria, was detained in Ukraine and taken back to Azerbaijan, according to Azerbaijan in Focus, reporting Trend News, citing the State Security Service of Azerbaijan.

“He was detained as a result of operational-search activities carried out by the State Security Service in conjunction with the Ukrainian special services, for participation in illegal armed groups in Syria,” the message said.

“Mirismayilli is suspected that on June 20, 2013 he went to Syria to participate in the activities of the “Cundu Şam” criminal group, whose leader was Agil Hajiyev, took part in hostilities along with other citizens of Azerbaijan. It was also established that some Azerbaijani citizens were killed during the ongoing armed conflicts in the region,” said the security service.

Mirahad Mirismayilli was charged under Articles 12.1 and 279.1 of the Criminal Code of Azerbaijan. By a court decision, a measure of restraint in the form of arrest was chosen against him. In his testimony to the investigation, he confessed to the crime.
At present, operational and investigative measures in the criminal case are continuing.