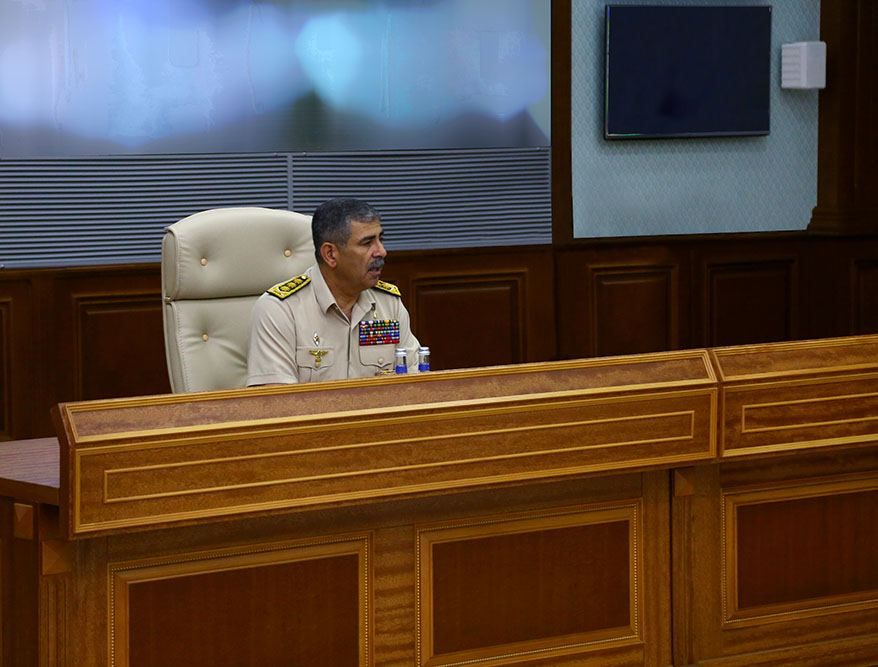 Minister of Defense of Azerbaijan Zakir Hasanov has instructed the army to maintain combat readiness to immediately suppress any provocations, according to Azerbaijan in Focus, reporting Azernews, citing the ministry.

Such instruction was made during an official meeting held at the ministry.

Emphasizing the possible tension as a result of the intensive firing by the Armenian armed forces in the direction of Azerbaijan’s Kalbajar and Lachin districts, the defense minister ordered to maintain combat readiness to suppress any provocations immediately and decisively.

Speaking about the work done for further improvement of living conditions, moral and psychological condition of military servicemen. Colonel General Hasanov gave relevant instructions on strengthening moral-psychological support for the troops to be constantly ready to accomplish combat missions.

The minister tasked the army with paying attention to the servicemen’s professionalism and the troops’ combat training, increasing the intensity of exercises and field training sessions, as well as maintaining the level of units’ combat readiness at a high level.

Outlining once again that strict compliance with safety rules during combat duty and daily service activities is important in terms of protecting the health of military personnel, the Minister instructed to regularly convey these rules to servicemen and constantly control their observance.