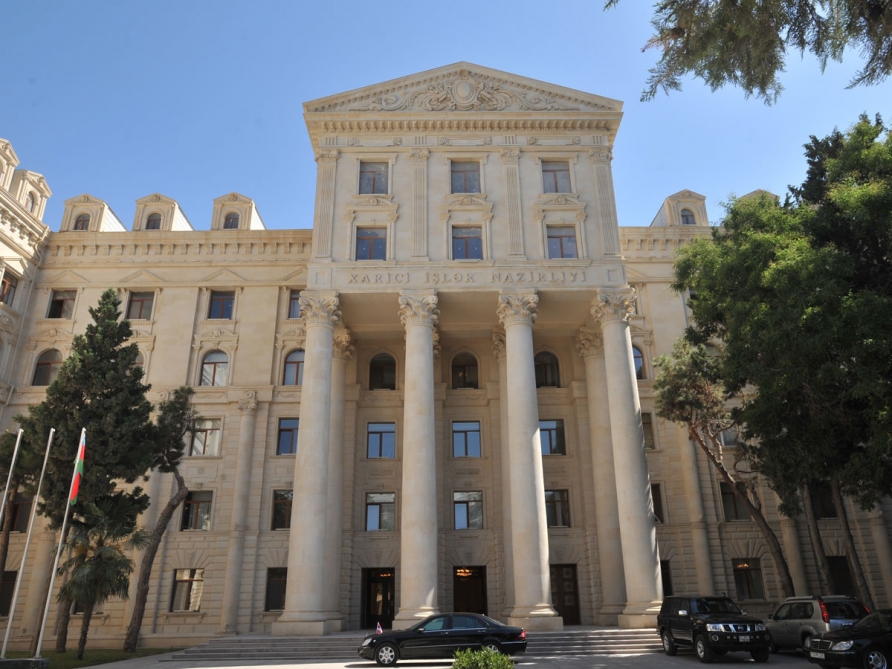 Azerbaijan’s Ministry of Foreign Affairs has issued a statement on the 76th anniversary of the Victory over fascism, according to Azerbaijan in Focus, reporting AzerTac, with reference to the press service of the ministry.

“May 9, 2021 marks the 76th years since the Victory over fascism in 1941-1945. On this significant day, we pay tribute to the memory of each of the soldiers, officers and ordinary citizens who have shown courage and heroism, having endured enormous difficulties in winning the war, one of the most terrible wars in human history.

The Azerbaijani people made an important contribution to this victory, both on the front and on the rear. More than 600,000 Azerbaijani sons and daughters took part in the war, more than half of whom died and went missing in the war zones. For the courage shown during the war years, 123 citizens of Azerbaijan were awarded the title of Hero of the Soviet Union, and more than 170,000 soldiers and officers were awarded various orders and medals. The heroic sons of our people bravely fought for Moscow, Leningrad, Kiev, Stalingrad, Simferopol, Odessa and hundreds of other large and small settlements and took an active part in the liberation of many countries from fascism.

Azerbaijan’s contribution to the Victory by supplying fuel was invaluable. During the war of 1941-1945, Azerbaijan accounted for more than 70 percent of the oil produced in the Soviet Union, 80 percent of gasoline and 90 percent of motor oils. The vast majority of tanks and planes of the Soviet army, which played a decisive role in ensuring the Victory over fascism in World War II, were set in motion on fuel sent to the front by Baku oil workers. The enterprises of Azerbaijan in the uninterrupted mode produced various types of weapons, which were so necessary for victory.

The people of Azerbaijan demonstrated unprecedented labor feats on the rear front, day and night selflessly working to meet the needs of the army. Our fellow citizens sent to the front more than 7 tons of donated blood, they were especially distinguished in providing the combat units with food and warm clothes. In the name of the Victory over fascism, Azerbaijan mobilized all its resources.

Azerbaijan strongly condemns attempts to distort the truth about the Second World War, justify fascism and glorify fascist criminals. We especially condemn the glorification of the Nazi movement in our region and its minions in any form. Azerbaijan has always supported the resolution of the UN General Assembly “Combating the glorification of Nazism, neo-Nazism and other practices that contribute to the escalation of modern forms of racism, racial discrimination, xenophobia and related intolerance”, and we believe that our joint efforts can play an important role in overcoming these alarming trends.

This year, for the first time, the people of Azerbaijan celebrate the victory over fascism in 1941-1945 with double pride, along with the joy of the Great Victory achieved as a result of the 44-day Patriotic War. The justice that our ancestors fought for has finally triumphed, and Azerbaijan has restored its territorial integrity within its internationally recognized borders.

All our sons and daughters who died for the sovereignty and integrity of Azerbaijan, as well as veterans of the war of 1941-1945 are the pride of our people. Their memory will live forever in the hearts of the Azerbaijani people.”