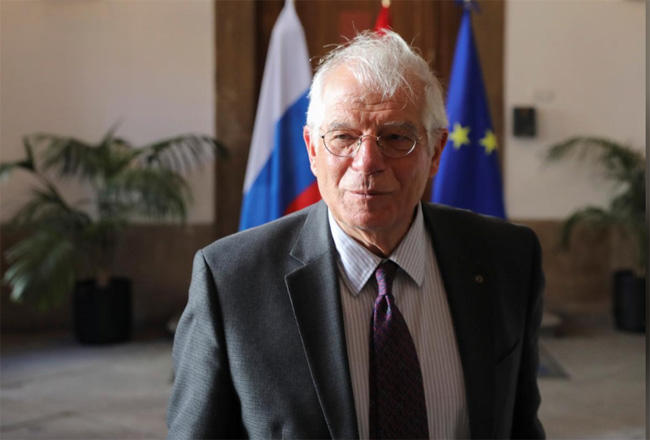 The European Union welcomes the actions taken by Armenia and Azerbaijan and facilitated by Georgia that led to the release by Azerbaijan of 15 Armenian detainees and the handing over by Armenia of maps of mined areas on Saturday, Josep Borrell, High Representative of the European Union for Foreign Affairs and Security Policy said in a statement, according to Azerbaijan in Focus, reporting Trend News.

These are important humanitarian and confidence-building gestures by Baku and Yerevan that will hopefully open the path for further cooperation between the sides and the ultimate handing over of all available maps of mined areas to avoid further civilian casualties, he said.

“The European Union and other international actors have actively encouraged moves in this direction and we urge further cooperation between the countries involved,” he added.

“We will continue to promote a durable and comprehensive settlement of the conflict, including where possible through support for stabilization, post-conflict rehabilitation, and confidence-building measures,” he added.

On June 12, Azerbaijan returned 15 detained Armenians back to Armenia with the participation of Georgian representatives on the Azerbaijani-Georgian border on June 12, 2021, in exchange for providing the Azerbaijani side with maps of 97,000 anti-tank and anti-personnel mines in Azerbaijan’s Aghdam district, liberated from Armenian occupation.