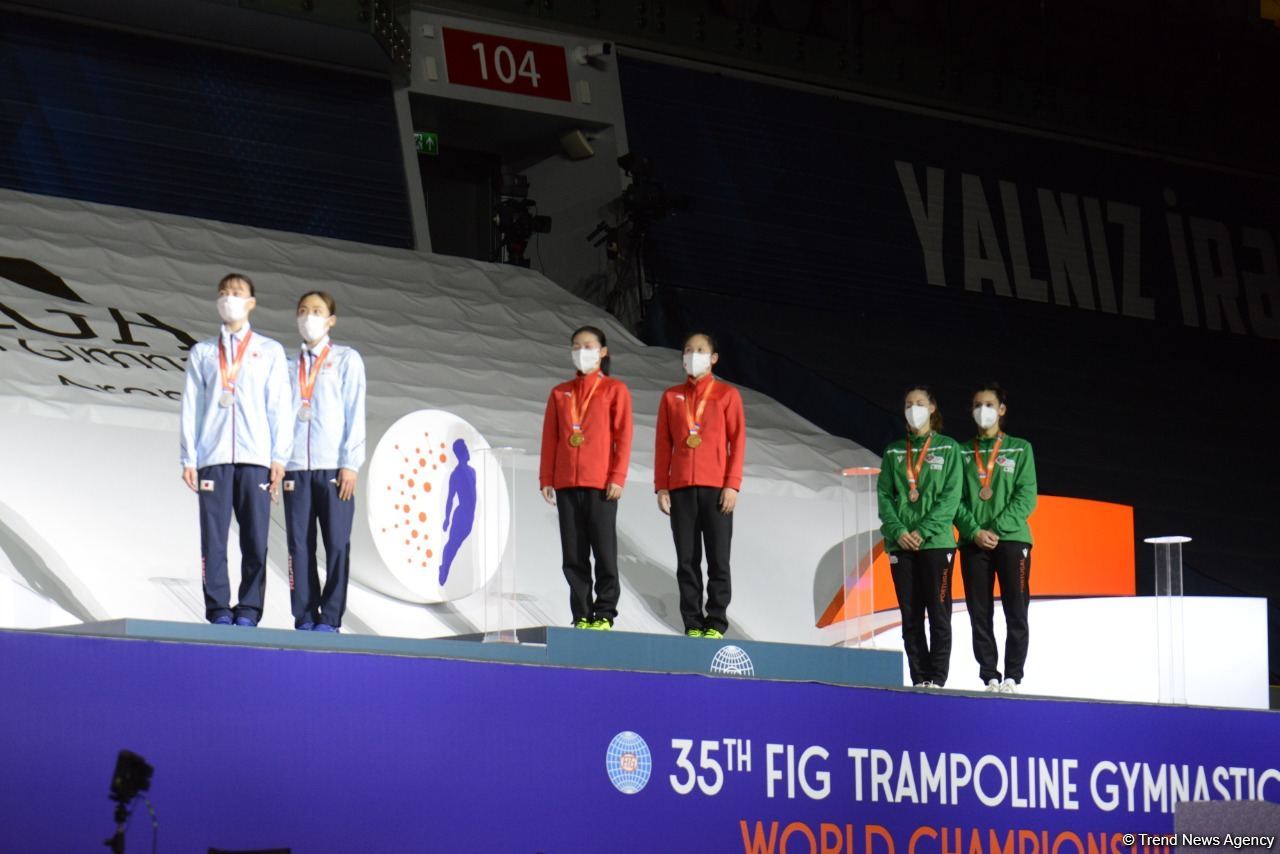 The ceremony of awarding the winners and prize-winners in the synchronized trampoline program was held at the National Gymnastics Arena in Baku, as part of the 35th World rampoline Gymnastics, Double mini-trampoline and Tumbling Championships, according to Azerbaijan in Focus, reporting Trend News.

The 35th world championship in trampoline jumping, double mini-trampoline and tumbling has been held in Baku since November 18 and will end on November 21. About 270 gymnasts from 33 countries of the world are taking part in the competition. Azerbaijan is represented by Mikhail Malkin (tumbling).

Totally, 15 sets of awards will be played at the World Championships in Baku.