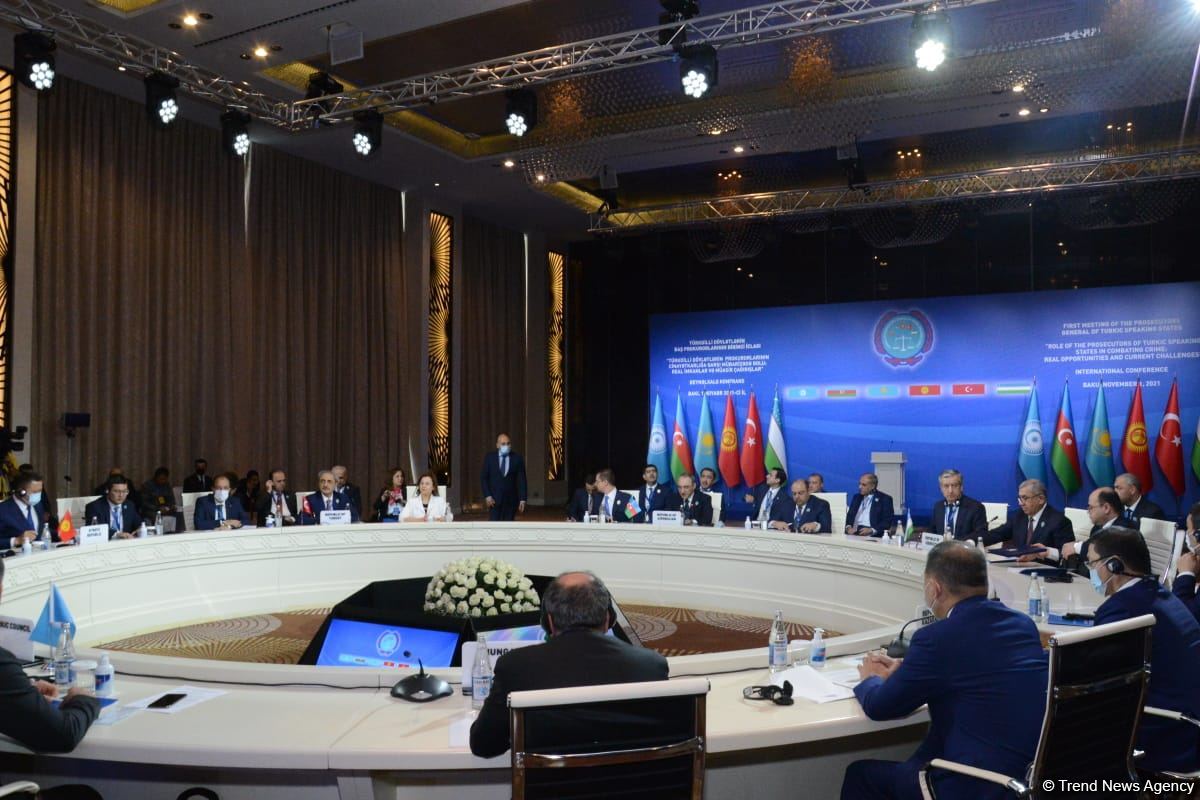 Baku hosted the first meeting of the Council of Prosecutors General of the member countries of the Cooperation Council of Turkic-Speaking States (Turkic Council) on November 1, according to Azerbaijan in Focus, reporting Trend News on November 1.

According to the information, the meeting was attended by the prosecutors general of Turkey, Uzbekistan and Kyrgyzstan, first deputy prosecutor general of Kazakhstan, deputy secretary general of the Turkic Council, president of the International Association of Prosecutors.

The meeting was also attended by the ambassadors of the member countries of the Turkic Council and Hungary in Azerbaijan.

Bilateral and multilateral meetings were held within the framework of the first meeting of the council.