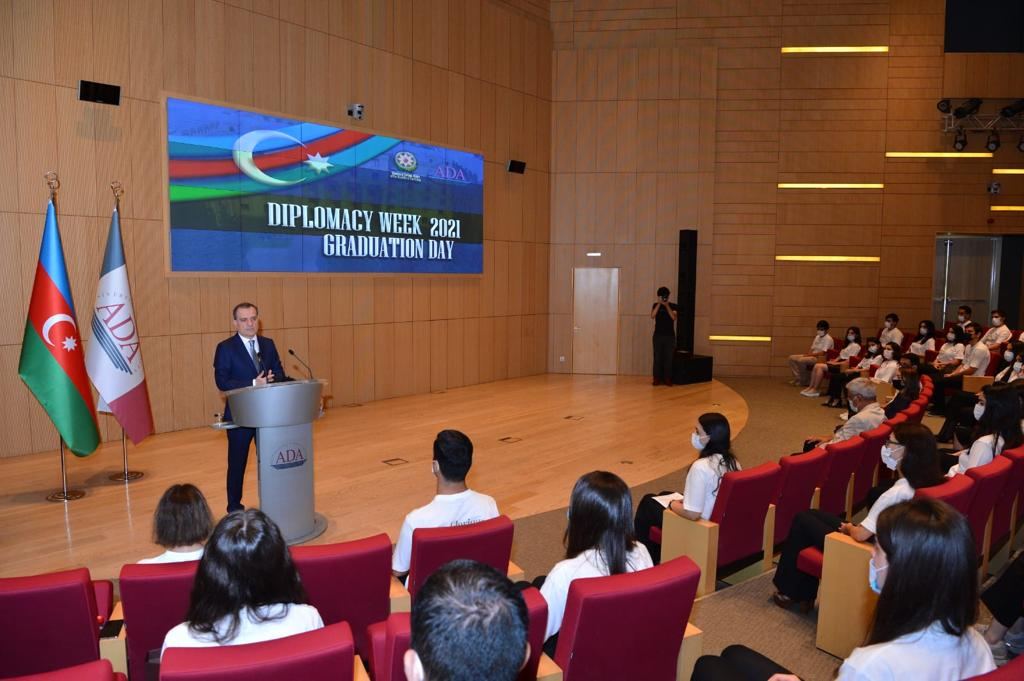 During the event, the memory of the martyrs who gave their lives for the Motherland was honored by a minute of silence.

The “One Day of Azerbaijani Volunteers” footage was shown during the ceremony, which was held with the participation of representatives of 15 volunteer organisations and movements operating in Azerbaijan.

Footage on the meetings and work carried out within the “Week of Diplomacy” was also demonstrated.

While speaking at the event, Bayramov spoke about the great significance of the historic victory of the glorious Azerbaijani troops headed by Supreme Commander of the Armed Forces, President of Azerbaijan Ilham Aliyev and also stressed the importance of dedicating the “Week of Diplomacy” to the country’s victory.

Touching upon the contribution of Azerbaijani youth within the volunteer movement to the development of the country and society, the minister added that volunteering not only is a movement, but also a tradition and way of life of the Azerbaijani people.

Then about 40 participants of the “Week of Diplomacy” received certificates. Rector of ADA University Hafiz Pashayev congratulated all the participants and shared valuable recommendations with the youth.

Pashayev also stressed that regardless of the profile of education, every representative of Azerbaijani youth must study well and know the history of the country.