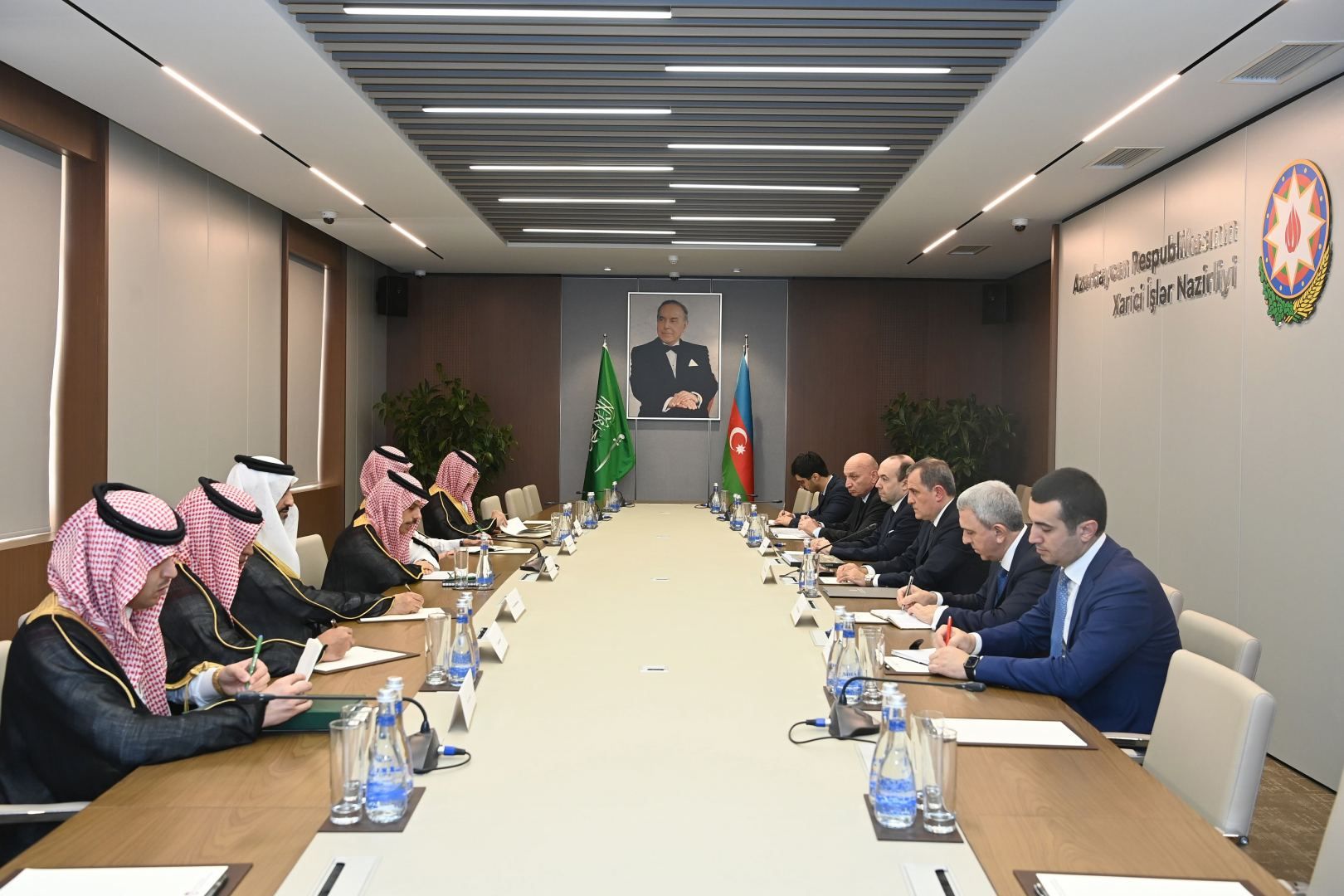 Bayramov recalled that Saudi Arabia was among the first nations to recognize Azerbaijan’s independence, expressing satisfaction with the two countries’ ties, which had reached the level of strategic partnership in the past 30 years.

High-level meetings between Azerbaijan and Saudi Arabia were stated to have created the framework for entering a qualitatively new stage of cooperation in a variety of sectors. In this context, the need for frequent political consultations for the future growth of bilateral cooperation was highlighted.

The Azerbaijani top diplomat stressed that the two nations demonstrate mutual support within multilateral platforms such as the United Nations, the Non-Aligned Movement, and the Organization of Islamic Cooperation. As one of the important platforms for regional cooperation, the development of a partnership with Saudi Arabia within the Gulf Cooperation Council was highlighted.

He said that the 7th meeting of the Joint Commission for Cooperation between the governments of Azerbaijan and Saudi Arabia, which is planned to be held in Baku at the end of 2022, will stimulate the development of economic relations.

Bayramov added that the two nations have jointly fulfilled successful projects in several domains, including energy, and alternative energy resources, and there are numerous opportunities for these endeavors to be expanded.

The opposite side was provided thorough information regarding Azerbaijan’s efforts to advance the peace agenda in the post-conflict period, as well as Armenia’s provocations and impediments to the process following the 44-day war in 2022.

The large-scale rehabilitation and building projects in the liberated regions were highlighted, and the prospect of cooperation with Saudi Arabia in this area was considered.

Minister Faisal bin Farhan Al Saud remarked that relations between the two countries have grown well in the last 30 years, and there is considerable potential for future development of ties. In this context, he emphasized that restarting the work of the bilateral intergovernmental economic commission might provide a variety of opportunities.

The Saudi minister highly appreciated the cooperation with Azerbaijan on many international platforms, as well as the country’s initiatives as chairman of the Non-Aligned Movement.

The parties also exchanged views on issues on the agenda of bilateral and multilateral cooperation and processes taking place at the regional level.

Prior to the meeting, an event exhibition was held at the ministry to mark the 30th anniversary of the establishment of diplomatic relations between Azerbaijan and Saudi Arabia.

Bayramov, along with the Foreign Ministry leadership, as well as the Saudi foreign minister, and staff of the Saudi embassy in Azerbaijan, attended the ceremony.

In his remarks at the ceremony, Bayramov expressed his delight in the ties between the two nations, which had progressed to the level of strategic cooperation in the past 30 years.

Bayramov added that, in addition to Azerbaijan and Saudi Arabia’s bilateral connection, there is valuable cooperation in regional and international formats, and the two nations continue to assist each other through a variety of organizations.

Bayramov emphasized Saudi Arabia’s continued support for Azerbaijan’s sovereignty and territorial integrity, emphasizing that the current visit will help to deepen relations in this regard.

Azerbaijan acts as a supporter and initiator of the regional peace-building process, as well as independently promotes the peace agenda on most topics, Bayramov added.

Addressing the event, the Saudi top diplomat conveyed his congratulations to the participants.

He highlighted the successful implementation of a number of joint projects between Azerbaijan and Saudi Arabia, adding that there is potential for further development of cooperation between the two countries in various fields.

At the end of the event, the participants got acquainted with the exhibition dedicated to the 30th anniversary of diplomatic relations between Azerbaijan and Saudi Arabia.