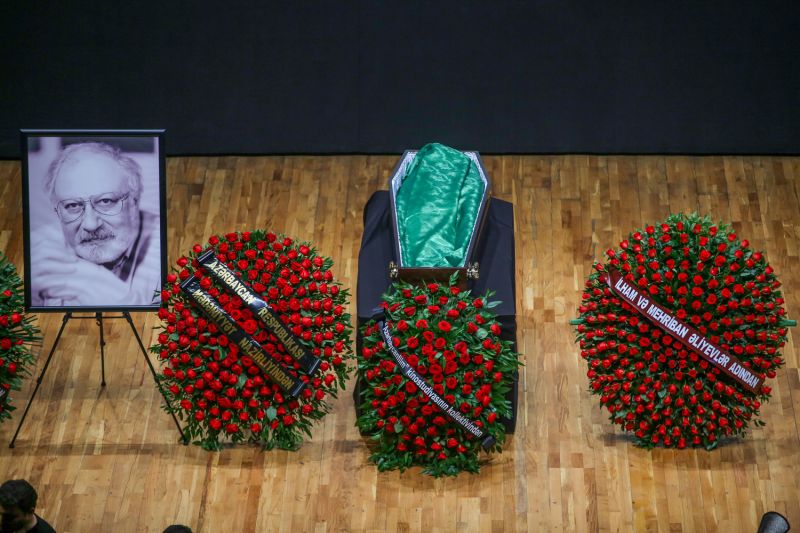 A farewell ceremony for Rustam Ibrahimbekov, a well-known screenwriter and public figure, head of the Cinematographers’ Union of Azerbaijan, was held at the Nizami Cinema Centre on Wednesday, March 16, according to Azerbaijan in Focus, reporting Turan News.

Speakers at the ceremony noted Ibrahimbekov’s great contribution to the country’s national culture and services to the formation and development of the Azerbaijani theatre and cinema.

Russian Ambassador to Azerbaijan Mikhail Bocharnikov mentioned Ibrahimbekov’s big role in the establishment and development of relations between Russia and Azerbaijan.

Speaking at the ceremony, heads of unions of writers, composers and artists dared not say that in his spirit Ibrahimbekov was an oppositionist, who was persecuted for openly criticizing the authorities for failures in culture and public life.

The ceremony was attended by film and theatre professionals, representatives of the general public, and opposition leaders.

Rustam Ibragimbekov was buried in the Alley of Honour next to his brother, the writer Maksud Ibragimbekov.