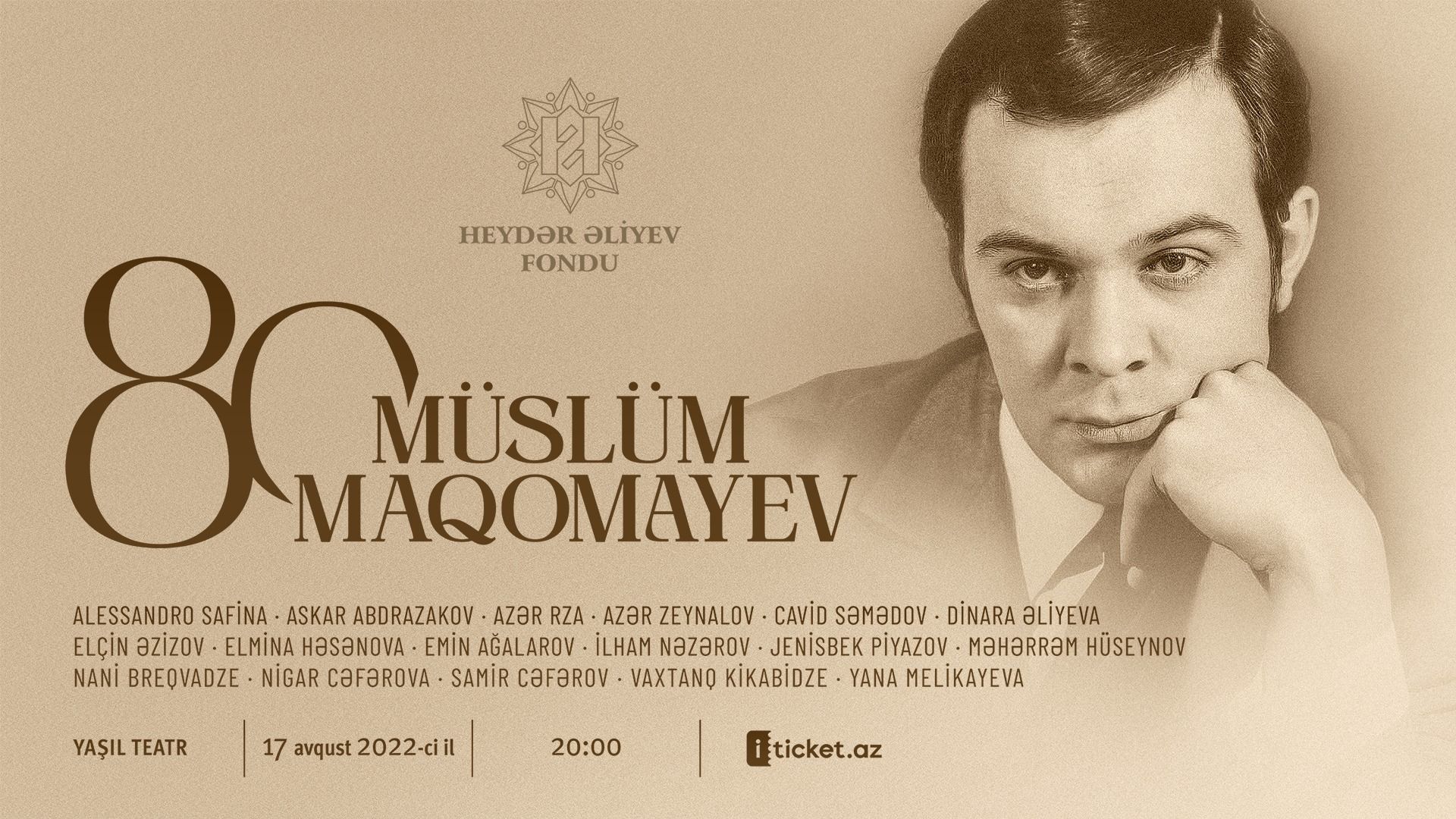 The Green Theater Concert Complex is inviting music lovers to celebrate the 80th anniversary of world-famous opera and pop singer, People’s Artist of Azerbaijan Muslim Magomayev on August 17, according to Azerbaijan in Focus, reporting Azernews.

The concert program will include works by Azerbaijani and foreign composers.

Tickets for the concert can be purchased from the iTicket.az website and ticket offices.

Famous for his beautiful voice, Muslim Magomayev made a great contribution to Azerbaijani music. His creative activities occupy a special place in the country’s music history.

A very important stage in mastering his vocal skills even further was his training in the La Scala Opera Theatre in Milan. Muslim’s stay in Italy – a country of innumerable art treasures and the home of bel canto (beautiful singing) – in the 1960s was not only beneficial for his singing but also affected his inner world.

In his 30s, Magomayev was one of the youngest recipients of the highest artistic title, People’s Artist of the USSR. He also received numerous awards for his contribution to opera and popular music in the Soviet Union.

The legendary singer also wrote songs, film soundtracks, and music for theatre performances. In addition, he played in films and acted as a host in television and radio broadcasts.

There were about 600 works in his repertoire. Muslim Magomayev is also the author of beautiful songs. His beautiful song “Azerbaijan”, written in the words of the national poet Nabi Xazri, is one of the most beautiful works dedicated to Azerbaijan.

Muslim Magomayev’s achievements in the development of Azerbaijani national musical culture have always been highly appreciated.

The prominent singer was awarded the highest awards of independent Azerbaijan – the Orders of Shohrat and Istiglal.