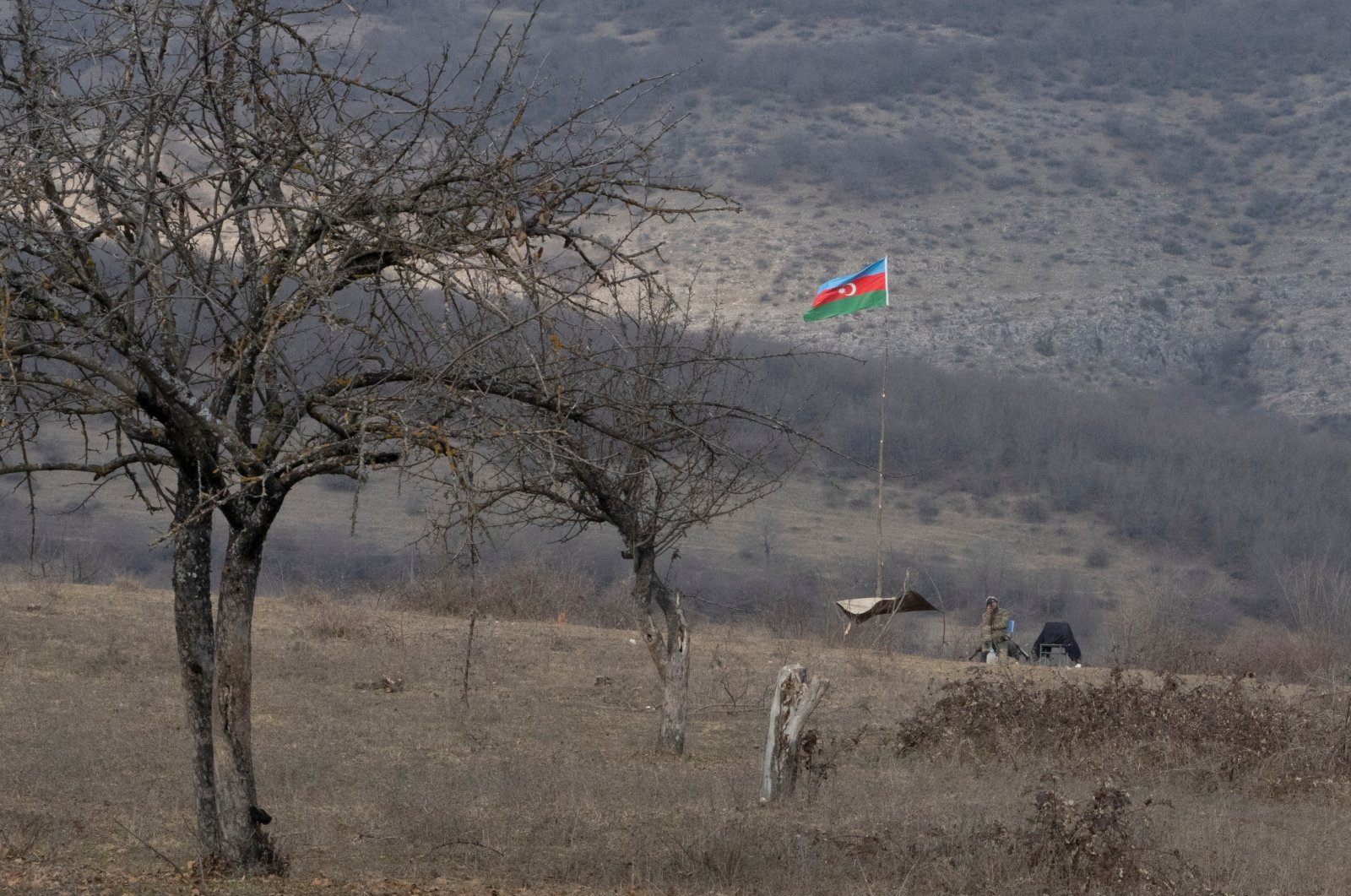 The delegations of Azerbaijan and Armenia will gather on Thursday for the third meeting of the commission on the delimitation and security of their common border in Belgium’s capital Brussels, according to Azerbaijan in Focus, reporting Daily Sabah, citing sources from the Azerbaijani Foreign Ministry.

The reports on the commission meeting came as the leaders of Azerbaijan, Russia and Armenia agreed to reaffirm their commitment to a comprehensive normalization of Baku-Yerevan relations and to ensure peace, stability, security and the sustainable economic development of the South Caucasus after trilateral talks in Russia’s Sochi on Monday.

During the talks, the leaders agreed to refrain from the use or threat of force and to discuss and resolve issues “solely on the basis of mutual recognition of sovereignty, territorial integrity and inviolability of borders, in accordance with the U.N. Charter and the Alma-Ata Declaration of 1991,” a joint statement said.

On Sunday, the second meeting of the commission was held in Moscow under the chairmanship of Azerbaijani Deputy Prime Minister Shahin Mustafayev and his Armenian counterpart Mher Grigoryan.

The commission between the two neighboring countries was established on May 23, a day after European Council President Charles Michel hosted Azerbaijani President Ilham Aliyev and Armenian Prime Minister Nikol Pashinian in Brussels. On May 24, the commission held its first meeting on the Azerbaijan-Armenia interstate border.

The European Council last month decided to deploy up to 40 monitoring experts along the Armenian side of the international border with Azerbaijan to observe the situation after dozens of border incidents led to conflict between the two neighbors.

The European Union in a written statement underlined that the decision is aimed at “facilitating the restoration of peace and security in the area, the building of confidence and the delimitation of the international border between the two states.”

The monitoring mission along the Azerbaijan-Armenia border will not last more than two months.

The decision comes after deadly clashes in September along the Armenian-Azerbaijani border that raised fears of a fresh all-out conflict. Last month, at least 286 people were killed on both sides before a U.S.-brokered truce ended the worst clashes since 2020, when simmering tensions escalated into all-out war.

Meanwhile, Azerbaijan is continuing to suffer under landmines planted by Armenia during the occupation years.

On Wednesday, the Azerbaijani foreign ministry said that a 50-year-old truck driver became the 267th victim of landmines since the Karabakh war in 2020.

“He lost three fingers on his hand as a result of the explosion of landmine in Jabrayil. Armenia is scot-free as amount of victims and human suffering steadily rises,” the ministry wrote on Twitter.

Aliyev recently said that clearing mines that have been planted by Armenia on occupied Azerbaijani territories will take nearly 30 years and cost $25 billion.