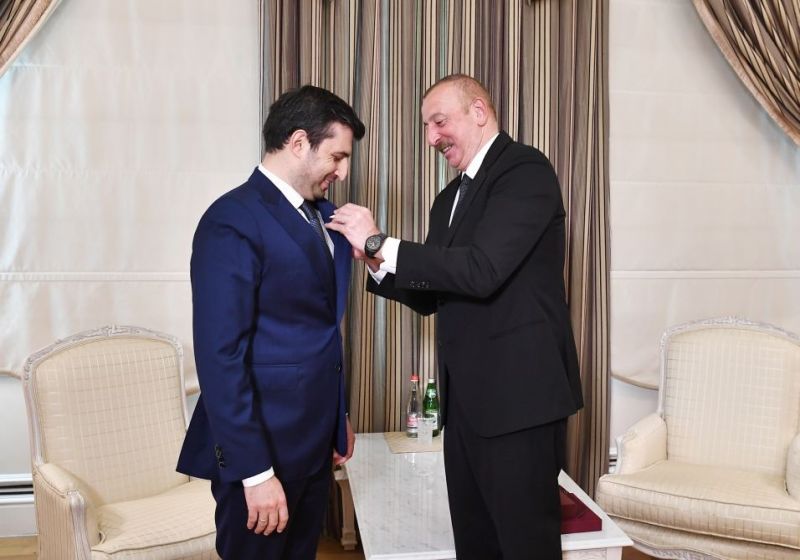 Bayraktar Is Awarded the Order of Azerbaijan

On April 1, the head of state Ilham Aliyev received the director of the Turkish company Baykar Makine, Selcuk Bayraktar, and the CEO of ASELSAN Haluk Gorgyun, according to Azerbaijan in Focus, reporting Turan News.

During the meeting, Bayraktar was awarded the Azerbaijani Order for the development of combat drones, which made a significant contribution to the victory of the Azerbaijani Army in the Second Karabakh War.